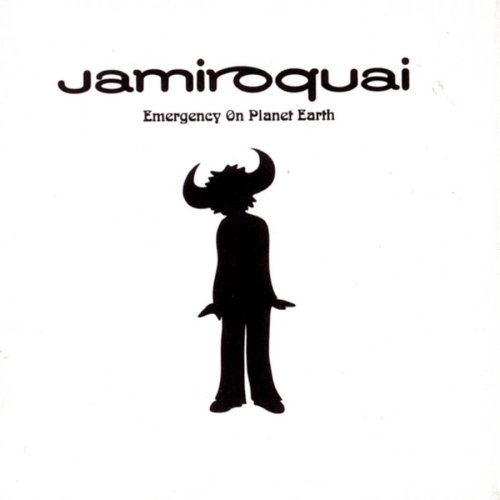 In March1993 Jay Kay’s Jamiroquai released their first album – ‘Emergency On Planet Earth’. Twenty years on, to celebrate, Sony have re-mastered and reissued it along with the band’s two subsequent LPs – ‘Return Of The Space Cowboy’ and ‘Travelling Without Moving’. Each of the releases comes stuffed with loads of bonuses and lengthy essays offering Jay Kay’s perspectives on the music.

‘Emergency On Planet Earth’ was released as the British Acid Jazz scene was faltering and Kay’s quirky pop-inflected take on soul and funk helped keep the scene alive. The original album has travelled well and twenty years down the line the music and the messages still sound relevant. I’ve never quite reconciled, though, the eco-friendly Kay (witness his planet saving anthems and pleas to end Third World debt) with the playboy, petrol head Kay, but back in ’93 that wasn’t the point …his music was infectious… it still is. It’s easy to hear why the long player was that year’s biggest selling debut set. The title cut remains anthemic and the percussive London Rican Mix stands out amongst the reissue’s bonus selections. Also outstanding on the bonus CD is an acoustic mix of ‘If I Like It I Do It’ and three cuts recorded at Glastonbury ’93.

‘Return Of The Space Cowboy’ came out in 1994 and like its predecessor it was a number 1 album, but more importantly it helped crystallise Kay’s persona as genre-defying, weird hat wearing, loose-limbed artist with musical messages on all manner of things. The title cut was espoused by the masses and we’re reliably infomed that it remains Kiss FM’s most played track of all time. Amongst the bonus cuts on this reissue is the original demo version. Gimmick-less, it’s even more hypnotic. At the other extreme you also get David Morales’ epic mix. His thumping tweak achieved legendary Balearic status and it’s still rolled out at Ibiza revivals and reunions. The other bonuses include live versions of ‘Journey To Arnhemland’ and ‘Scam’ along with the hard-to-find 4 To Da Floor Mix of ‘Light Years’

For all kinds of reasons it took Kay three years to come up with his next album –’Travelling Without Moving’. The delay was worth it. The 12 tracker broke Jamiroquai globally, selling over 10 million copies world-wide. ‘Cosmic Girl’ and ‘Virtual Insanity’ became classics and the videos for those songs took Jamiroquai to another level. The bonus CD in this reissue proffers a great soulfully laid-back remix of ‘Insanity’ courtesy of Salaam Remi while you also get an energetic live cover of Kool and the Gang’s ‘Hollywood Swinging’ (Kay, remember, had himself featured on that band’s re-recorded hits set, ‘Reloaded’).

In the last twenty years, Kay and Jamiroquai have evolved into a mellower unit and have almost become part of the musical establishment. Yet these three reissues serve as a timely reminder of how extraordinarily different and original they once were.