JAMIE & THE NUMBERS: You Don’t Love Me (Superfly) 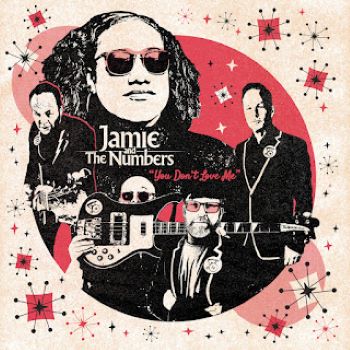 In this part of the world we first got to know of New Zealand band, JAMIE & THE NUMBERS via their single – ‘You Don’t Love Me’, an energized and authentic cover of the Epitome of Sound’s 1968 Northern soul anthem. Jamie and her band’s version was full of energy and vitality and it even boasted the approval of Robert Palladino (writer and producer of the original version) who offers his spoken tribute at the end of the track.

We were promised a follow up album but in the meantime we learned that the band  were led by Tongan soulstress, Jamie Musuva whose roots are in gospel while the Numbers are Mark Lerwill (guitar), Simon Bayliss (bass), Geoff Lerwill (keys) and Craig Lerwill (drums) … we assume the Lerwills are brothers! What we do know is that the band (from Wellington) are lovers of Northern soul  – a fact born out by the cover of ‘You Don’t Love Me’ for which the long-promised, now-released album is named.

The band’s penchant for “Northern” is underlined by the two tracks that follow that title tune. They are covers of the Precisions’ Northern stomper ‘If This Is Love Then I’d Rather Be Lonely’ and a version of Melba Moore’s ‘Magic Touch’ – neither stray too far from the originals; they just have a contemporary, antipodean spin. After that Jamie and her numbers go a little off piste with covers of the Cure’s ‘Boys Don’t Cry’, the Who’s ‘The Seeker’ and the Style Council’s ‘Shout It To The Top’. The Cure original was one of that bleak band’s more jaunty outings and here it’s given a pacey, Northern treatment. The Weller song is presented almost acoustically while Pete Townshend’s song dips into rocky territory. The trio are “interesting” and betray Ms Musuva’s gospel  roots.

The remaining four songs are band originals penned by either Simon Bayliss or Mark Lerwill with Bayliss’ insistent ‘Breeze’ standing out with some nifty brass work from the guest players, but the star of the show is Jamie’s tough vocal.

JAMIE & THE NUMBERS: You Don’t Love Me… out now

Tags: Jamie and the Numbers