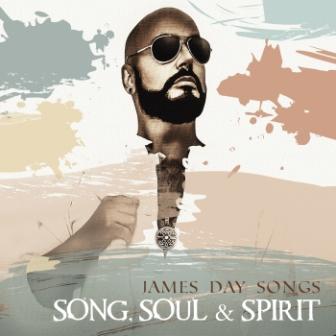 James Day is the modern soul connoisseurs’ soul man of choice. The super songwriter and uber producer is well known to the savvy soul crowd and despite a serious listening disorder, James has won numerous awards – most notably the Songwriter’s Hall of Fame Award for Songwriting Excellence which was presented by Hal David… someone who knew a good tune when he heard it! Day makes no secret of the fact that songwriting craftsmen like Bacharach and David are his particular musical heroes. They have taught him what a proper song should be; equally he reveres the art of Quincy Jones – a producer who knows how to get the very best out of the material in front on him – be it through a particular arrangement, a quirky nuance or, simply, matching the song with the right singers and musicians.

Indeed that special matching of material to artist has been James’ forte on his past albums and on this new 10 tracker he shows that he’s a master of that particular skill. Helping him deliver on ‘Song, Soul And Spirited’ are people like Glenn Jones, Tony Terry, Tim Owens, U-Nam, Sandra St Victor, Lin Rountree, Maysa and Lalah Hathaway… all handpicked (or so it seems) to offer something very particular.

The lead single from the long player was the quite lovely ‘Speak Love’ – a cool and sophisticated groove that dominated the soul airwaves on release. That one featured many of Day’s team and his fans recognized the song right away. It originally appeared on his 2009 album ‘Natural Things’. Here, though, it’s given a makeover and comes on like a whole new tune. And why not recycle excellence? The aforementioned Burt B was big on re-imagining his work and what’s good for Burt is sure good enough for Jimmy!

‘Speak Love’ is one of four songs that have appeared before. The others are the ethereal ‘Dreamland’ with Lalah Hathaway up front; ‘It’s All Divine’ here in a classic Boogie Back remix that totally respects the Trina Broussard vocal; and the Maysa-vocalised ‘We Dance’ that is showcased in a typical Cool Million mix.

Elsewhere one of the cleverest songs is the Gordon Chambers’ collaboration, ‘Forgiveness’ while the sweetest ballads are ‘Stand On My Shoulders’ (lovely sax work from Walter Beasley) and Tony Terry’s ‘Who Can Tell The Heart’. Then there are the big, big productions like ‘Battlegrounds’, ‘No Son Of Mine’ and ‘Love Is My Bible’ –all totally different to each other and much more complex than the simpler fuel for the feet of, say, ‘It’s All Divine’, but they combine to show the range of James Day’s art and his dedication to the craft of making proper grown up music in the tradition of the maestros who’ve gone before.