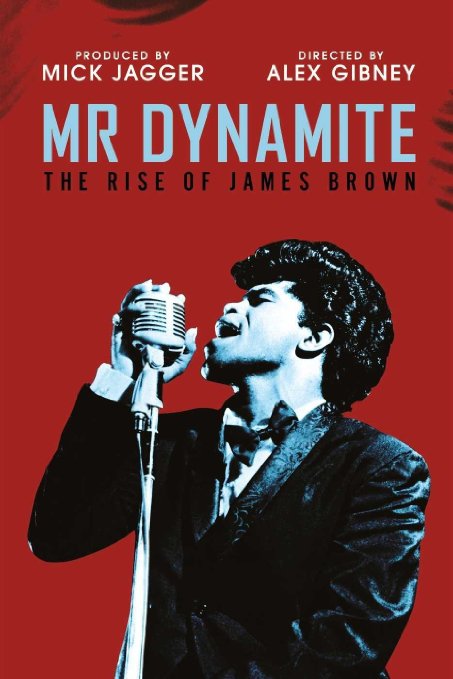 As rags to riches tales go, James Brown’s was more extraordinary than most. Delivered as a stillborn baby, he was miraculously revived only to be later abandoned by his parents. After that, he was raised by an aunt in a whorehouse but became a juvenile delinquent who was sent to a correctional centre after committing a robbery at fifteen. But music proved to be Brown’s salvation and together with Bobby Byrd, he became part of a group called The Flames and his innate, preternatural musical talent combined with a remorseless sense of drive and unflagging determination resulted in him becoming the greatest and most influential R&B performer of all time. Award-winning documentary-maker Alex Gibney’s new feature-length biopic – co-produced by Mick Jagger no less – looks at Brown’s phenomenal rise to fame, combining archive footage of Brown’s live performances with interviews that he did on US TV. Providing asides are ‘talking head’ contributions from former band members (Pee Wee Ellis, Jab’o Starks, Melvin and Maceo Parker, Fred Wesley, Martha High, Bootsy Collins), erstwhile employees (Danny Ray and Alan Leeds) along with contemporary musicians and self-confessed Brown aficionados (Christian McBride, the Roots’ Ahmir ‘QuestLove’ Thomspon, and Public Enemy’s front man, Chuck D) plus the Reverend Al Sharpton, who proffers sage observations on ‘Mr Dynamite’s’ personality. Even Mick Jagger contributes, setting the record straight on what happened at the T.A.M.I Show in 1964 when Brown was supposed to have blown the Rolling Stones off stage (Jagger claims that when the Stones ‘followed’ Brown, it was several hours later and in front of a different audience).

Thankfully, Gibney’s riveting film, even though it’s been endorsed by the Brown estate, isn’t a butt-licking exercise in hagiography, but offers a candid and insightful portrait of the Godfather of Soul, whose inherent flaws were part of what made him such a fascinating character. Despite his self-made success, Brown didn’t share his spoils with anyone and never let his guard down, even to those supposedly closest to him. He’s depicted as a moody, egocentric loner and workaholic who trusted no one: a demanding tyrant and harsh disciplinarian to his band who also possessed a violent dark side (especially towards women). Despite this and his unconscionable ruthlessness, Brown is a figure whose success and rise to power – in the late ’60s he was arguably the most powerful black man in the world – warrants a grudging admiration and respect. But he overstepped the mark in the eyes of many African-Americans by supporting Nixon in the 1973 presidential election and that’s what initiated the start of his decline. Gibney’s film, though, doesn’t focus on Brown’s fall from grace (or his later rebirth) – it’s more a ‘warts and all’ celebration of his maverick genius, tracing the evolution of his music against the backdrop of the Civil Rights movement in the late ’60s and early ’70s. It also evaluates Brown’s musical legacy and demonstrates how his kinetic funk grooves and mesmerizing rhythm tracks influenced nascent hop-hop and became its core DNA. As music documentaries go, this expertly made film is undoubtedly one of the best – pure dynamite, in fact.