JAM AND LEWIS and others; Jam & Lewis Volume One (Flyte Tyme Records/BMG) 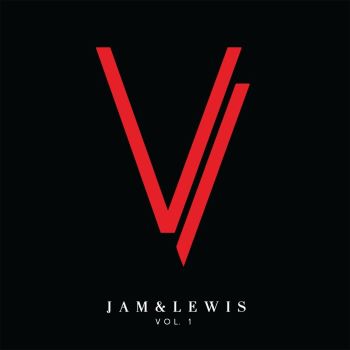 From out of nowhere, it seems, Jimmy Jam and Terry Lewis are making a comeback and helping them do it fine style are a whole host of proper “names”. None bigger than Mariah Carey whose ‘Somewhat Loved (There You Go Breaking My Heart)’ was the album heralding single. J&T had worked with Ms. C before – notably on ‘Thank God, I Found You’ and the new collaboration has some of the flavour of that smash, and that seems to be the recipe that the terrible twins are happy to follow on the concise 10 tracker.

So, the LP opens with an offering from the Sounds of Blackness – ‘Till I Found You’. It’s a great album hors d’oeuvre and is clearly based on the vibe that the Terry and Jimmy created on the group’s fab ‘The Journey Of The Drum’. It’s an ensemble piece and I’m not sure who provides the searing femme vocals (my streaming copy has no details) but she sure does a great Anne Nesby.

And that (ultimately “safe”?) formula is repeated throughout the bulk of the album. So, rather than push the envelope, the terrible twosome are happy creating cuts that hark back to the particular guest artist’s peak. So the Mary J Blige vocalized ‘Spinnin’’ is vintage Mary J. Ditto – Boyz II Men’s dramatic ballad ‘The Next Best Day’, Babyface’s ‘He Don’t Know Nothin’ ‘Bout It’ and the Toni Braxton featured ‘Happily Unhappy’. It’s as if time has stood still. Nothing wrong with that at all but maybe we were expecting something a little different/unusual/exciting  from our two renaissance men.

That said there are two cuts that do tread reasonably new ground. First up there’s ‘Do What I Do’ which features Charlie Wilson. It’s not groundbreaking but there’s some interesting electro/vocoder FX going on in the mix (Charlie is in fine form, of course). Then there’s the album closer, ‘Babylove’ – a showcase for Morris Day, Jerome and the Roots. This offers something gutsier and a little more innovative. The song’s key lyric sums of the whole album, I think. “Old school, new school, it’s not about that, it’s about what’s cool” – there’s plenty of cool old school on ‘Jam & Lewis Volume One’ – and if that’s your bag you’ll love the whole thing. And hopefully you’ll enjoy volume 2 too whenever that may be. The title of this collection hints at that – but who knows!