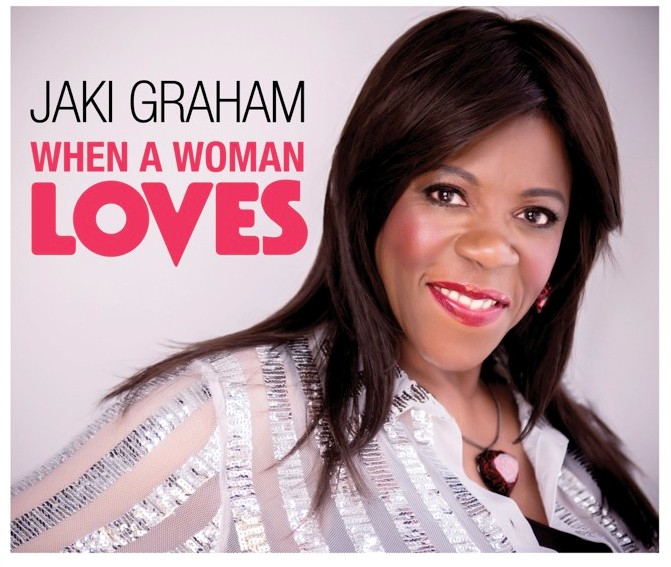 Though she was the first British black female solo artist to enjoy 6 consecutive top 20 hits, Birmingham’s Jaki Graham somehow tuned out to be the forgotten woman of Brit soul. Despite a properly soulful voice and a great back catalogue, it seems Ms G’s struggled to find a niche in a musical world dominated by “talent” and reality show wannabees. Well, after what Jaki herself calls an at times challenging life journey, things might be set to change as she launches an excellent 14 track “comeback” album, ‘When A Woman Loves’.

The set’s most revealing track, as I hear it, is ‘Get It Right’. Ostensibly it’s a bright, 80s style dancer but the lyrics and indeed the title are telling. I mean, the whole thing implies that she got things badly wrong last time and though “everyone’s funkin’ like the 80s”, this time things will be better. Who said there’s no future in nostalgia! ‘Get It Right’ is one of several 80s style boppers – others that are noteworthy are the opening ‘Sometimes’ and the bumpy Loose Ends flavoured ‘About Your Love’.

All good stuff, but the best bits of this collection are the ballads when Jaki does what she does best… sings her pants off. ‘News For You’ is one of the most memorable ballad moments. The Eric Benet song is given a dreamy Earth Wind and Fire ‘That’s The Way of the World’ style treatment. And speaking of EWF, sleeve note readers will notice the name of Maurice White amongst the credits. He penned ‘Eye To Eye’ – presented here in a bluesy, southern soul kind of way… there’s a lovely hook in the song too.

Interestingly the album boasts three Michael McDonald songs – the introspective ‘Through The Rain’ and two gentle, reflective items – ‘Song Inside Me’ and ‘Someone Like You’. Indeed that last one is an album highlight. It has an almost mystical quality rather like the Van Morrison song with the same title. Equally satisfying is the big production “not-quite-a –ballad” ‘Ready For Love’ which proves that Jaki Graham still knows how it’s done! Brit soul’s forgotten star? Don’t think so.