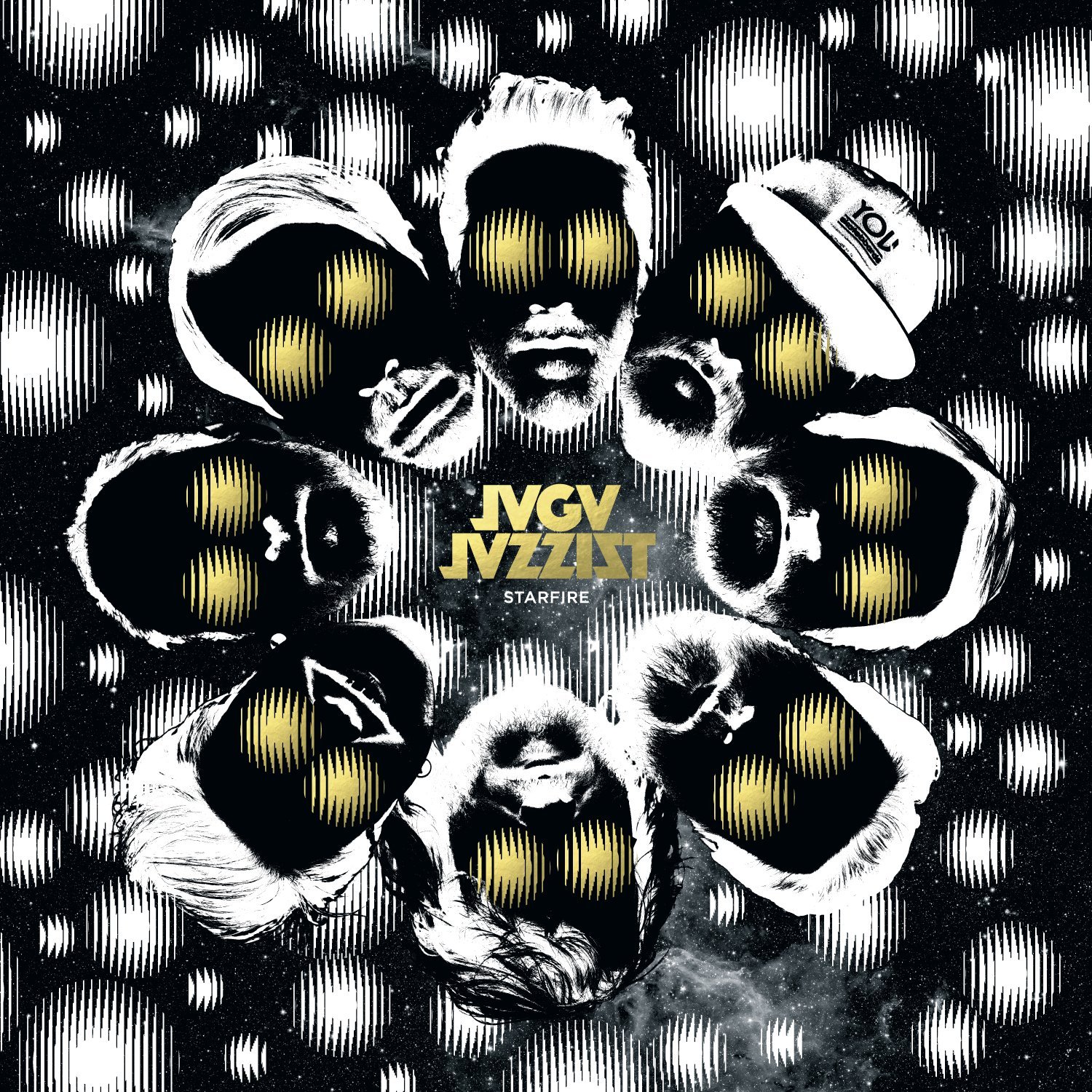 Led by Norwegian multi-instrumentalist and songwriter, Lars Horntveth, Jaga Jazzist – a long-running and highly-respected octet that formed in 1994 and previously had six albums to their name – return with arguably their best ever long player. With its prominent electronics it’s radically different from what they’ve done before and, as a result, categorising it – as well as describing it – is extremely difficult. Stylistically, it’s an allusive hybrid that draws on jazz (but only slightly perhaps, with a hint of fusion pathfinders Weather Report) along with musical elements assimilated from avant-pop (think Propaganda, Yello and Daft Punk), prog rock and electronica. The album consists of five extended tracks where live players (drums and guitar) interact with electronic soundscapes. The first offering, ‘Starfire,’ is a glorious piece of music that is by turns ethereal and visceral. It builds from Marcus Forsgren’s moody, churning electric guitar arpeggios into a bold cinematic tone poem that is suffused with exciting musical drama. The atmospheric ‘Big City Music’ with its shimmering, layered keyboards, and bustling rhythms is deeply evocative of the large metropolis that is said to have inspired it. The way that the piece evolves musically, structurally and texturally over fifteen minutes is utterly breathtaking. After the high-octane drama of the first two tracks, the pastoral ‘Shinkansen’ with its strummed twelve-string acoustic guitars and harmonised flute motifs offers a haven of sonic tranquillity.  ‘Oban’ is distinguished by bubbling electronica and big synth themes while the closer, ‘Prungen,’ is initially more meditative before morphing into something more tense and brooding. It concludes an inspired, even transcendent, collection of music that will undoubtedly find this redoubtable Scandinavian band many new admirers.