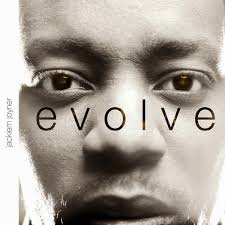 ‘Evolve’ is saxophonist Jackiem Joyner’s fifth solo album and the first on which he wrote, produced and arranged all the tracks – 11 of ’em. So, maybe that explains the title. He’s moving on; evolving and becoming totally his own man. Sonically, however, the music on ‘Evolve’ isn’t a million miles away from the tunes peddled on his previous sets. What we get here is classic sax-led smooth jazz of the kind that Joyner’s early role models, Rick Braun and Richard Elliot, peddle so effortlessly. Listen up to ‘Later Tonight’ to hear what I mean. It’s a wonderful, sensuous quite storm moment but it doesn’t really represent a moving on for the genre.

Equally, tunes like ‘Generation Next’, ‘Europa’ and ‘Double Bass’ are all great soul-based, sax -led grooves but in fairness they don’t move the format forward. Maybe Joyner’s evolution is represented by the fact that he can now enlist some major names to work with him. In the smooth jazz field there’s none bigger than veteran Gerald Albright. He adds his mellifluous tones to another of the set’s big soul grooves – ‘Big Step’ – a foot-tapping, head nodding sax duet. It has the meaty feel of prime time David Sanborn and that’s no bad reference point is it?

More interesting and “evolutionary” are ‘Breathe’ (which features programmed strings) and the relaxing closer ‘A Gentle Walk On Water’… yes, it’s as gentle as the title implies. It’s like one of those great collaborations that Bob James did back in the day. Not revolutionary but maybe evolutionary in Jackiem’s context.