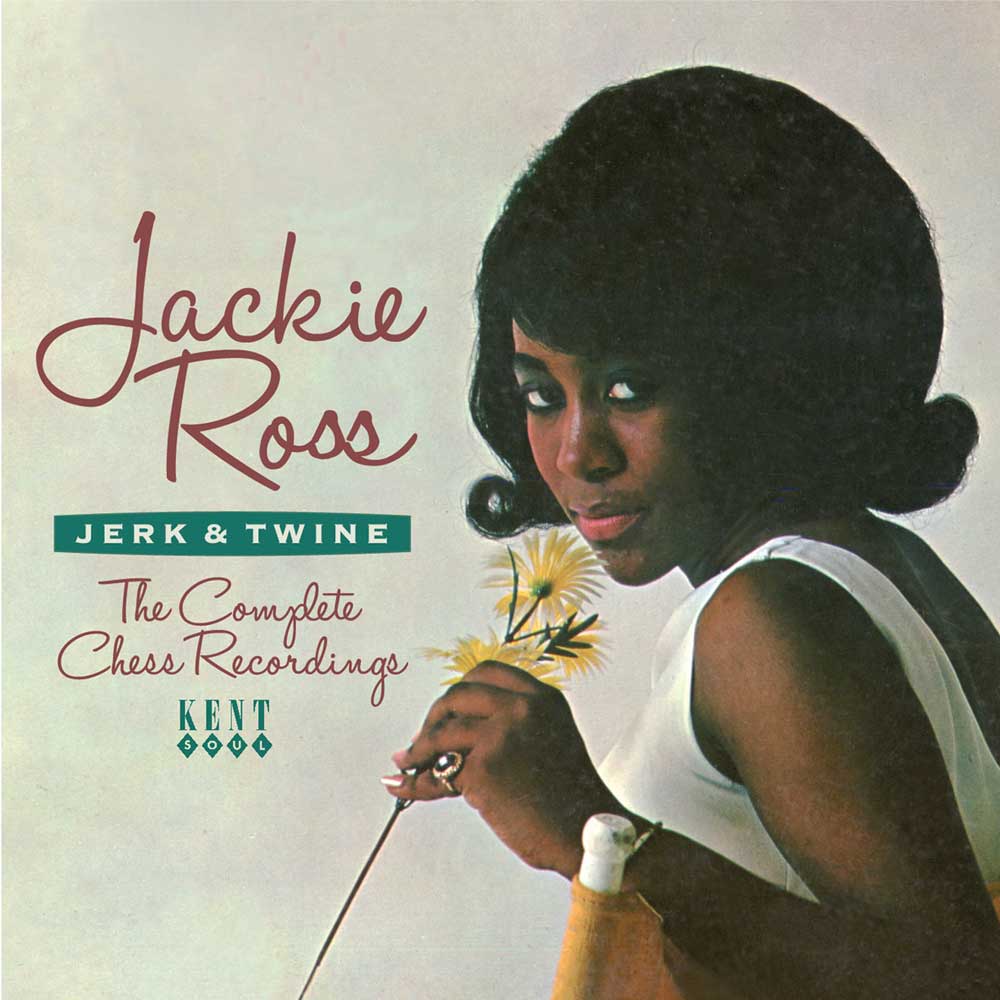 For most of the 60s Chicago’s Chess Records were looking up to Detroit’s Motown. Though the Chess brothers had enjoyed huge success with jazz, blues, R&B and gospel recordings they worked long and hard to work out Berry Gordy’s formula for soul success. It seemed that whatever Gordy did Len and Phil would copy. Case in point is the career of Jackie Ross. Born in St Louis, Jaculyn Bless Ross relocated to Chicago in the mid 50s where – with her widowed mother- she became a firm favourite on the city’s gospel circuit. To supplement the family’s income young Jackie entered local secular musical talent contests. She won so many that she ended up with professional contracts to sing at the Windy City’s prestigious Tony Paris Showclub and to record for family friend, Sam Cooke’s SAR label. When Jackie refused to move to LA (where SAR was based) she was snapped up by Chess Records where label execs saw her as their answer to Motown’s Mary Wells – who in ’63 seemed to be carrying all before her.

The Chess people had Jackie record the delicious ‘Selfish One’ (built from much the same blue print as Wells’ ‘My Guy’) and when it achieved #11 on the pop chart and #4 on the R&B listings it seemed that Jackie Ross was on her way and that Chess had cracked the Motown secret. Things, though, didn’t quite work out. Early follow ups failed to make much impact and her LP ‘In Full Bloom’ meant little. She did achieve one more hit with the gritty ‘Jerk And Twine’ and almost made it with ‘Take Me For A Little While’ – but competition with the Evie Sands’ original caused Jackie’s version to stall. Then, in 1965, after an argument with Leonard Chess, the feisty Ms R left the label for what she hoped would be bigger success elsewhere. Sadly, despite working for several labels (Fountain, Sedgwick, Capitol, Scepter amongst them) that longed for success never came and by the mid 90s she was working as a receptionist – keeping her singing just for church.

In brief, then, that’s the Jackie Ross story and you can catch up with the all-important Chess chapters on this lovely 24 tracker which collects together everything she recorded for the Chess brothers’ label. ‘Selfish One’ still stands out. It’s a timeless pop/soul classic but if you tire of it try ‘New Lover’ – exactly the same –just different lyrics. ‘Jerk And Twine’ has stood the test of time too while cuts like ‘Everything But Love’ shows her tougher side. Amongst the tracks recorded for her single LP, there’s versions of standards like ‘Summertime’ and ‘Misty’ while collectors will delight in two previously unissued tracks – ‘Stick to One’ and ‘My Square’ –both unashamed attempts to recapture the sound of ‘Selfish One’… but still lovely in that naive, innocent 60s pop/soul way. A great retrospective this – hugely recommended.