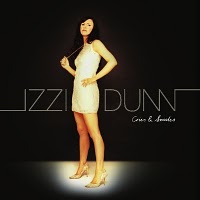 Izzi Dunn is a noted session cellist (she’s a dab hand on lots of other instruments too) and her talents have led to gigs (live and in the studio) with the likes of Damon Albarn, Mark Ronson, Roots Manuva, Bugz In The Attic, Soul II Soul and even dear old George Harrison. This new 10 tracker is the lady’s second solo set. Her debut, ‘The Big Picture’, drew good reviews from the media beloved of the chattering classes, but said chatterers didn’t put their hands into their Armani/Paul Smith (delete as applicable) pockets and the album didn’t sell that well. So for her second effort Ms. Dunn has gone for a much more commercial and accessible sound. She’s drawn on the experiences of the people she’s gigged with and enlisted the help of the likes of Stuart Zender (Mark Ronson collaborator) and Andrew Levy (sometime Brand New Heavy) to create a sound that’s right on the current UK pop/soul/R&B tip and it would be easy to draw comparison to Duffy and Amy Winehouse. However Izzi does it a little differently. First up, her classical cello training allows her to offer string arrangements that are unusual in these days of belt-tightening studio austerity while the lyrics she adds to her catchy melodies are thoughtful, clever and in places teasingly provocative – witness the opener ‘Tits And Asses’. Its theme is the hypocrisy that surrounds sex and the way it’s used as a manipulative tool in all kinds of ways… a far cry from your usual R&B lyrical fare. Ditto ‘Oblivious” and ‘Loser’. The former is a mournful ballad that takes a tilt at the way the UK aligned with the US to go to war while the latter bemoans the fact that despite the financial crisis, many still judge people by material wealth – this one, by the way, is given an generous dose of street cred via a rap from Booty Brown of the Pharcyde. Maybe it all sounds a bit heavy but Izzi’s light vocals and intricate arrangements offer real counterpoint. Other album highlights include the sweet pop/soul ballad ‘Nothing But Love’ (hints of Minnie Riperton) and the ‘Fly Like An Eagle’ sampled ‘Analogue Girl.’ Izzi also offers a take on blaxploitation with the instrumental ‘G@ngst*r Girl (her spelling!) – the strings will recall both Curtis M and Isaac H. Izzi Dunn is taking her show on the road very soon if you can’t catch her then you can learn more at www.izzidunn.com