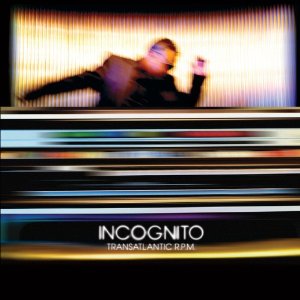 Some statistics: Incognito have been in business for 33 years; main man Bluey Maunick reckons that in that period he’s used over 1000 different musicians; the band’s line-up is fluid – ranging from an eight piece to a fourteen piece and more; and ‘Surreal’ is the band’s 15th studio album. Despite all that Bluey and his team always manage to come up with fresh sounding, vital music proving that age doesn’t have to wither or custom stale variety. Here Bluey creates the freshness in a number of ways. The most obvious being the use of two new vocalists –namely Mo Brandis and Natalie Williams.

Brandis is described by Bluey as “a man with a new school soul voice with the delivery and charm of the old school”. The fact that he also plays keys and sax adds to his musicality – well evident in his three contributions – ‘Goodbye To Yesterday’, ‘Don’t Wanna Know’ and ‘This Must Be Love’. All are winners – the first tight and funky, the other two warm, busy beaters. Natalie Williams has been around the London soul and jazz scene for many years. She features on three cuts too. ‘Above The Night’ is superb – gentle and melodic. On ‘Restless As We Are’ she mines a great groove (helped by a loping bass line) while she shows she can “do” the whole Latin thing on ‘The Stars From Here’.

Brandis and Williams bring different tones to proceedings but they work with rather than against those classic, familiar bass lines, irresistible drum patterns and busy bubbling brass fills. That continuity of the Incognito soundscape is ensured by the use of two “old” team members – Vanessa Haynes and the always dependable Maysa Leak. Vanessa’s worked with the band for a couple of years now and here her highlight is the dramatic ‘To Be With You’. In Incognito terms, Maysa is a veteran and Bluey skilfully uses her to open proceedings with the fabulous ‘The Less You Know’ –a cut that will become an Incognito classic. Haynes is there on another three cuts (including the LP’s only cover – a take on Queen Yahna’s 1976 groove ‘Ain’t It Time’) while Leak fronts a second, ‘Capricorn Sun.’

The album’s completed with a couple of instrumentals – the loose and jazzy ‘Rivers Of The Sun’ and the intriguing ‘Thoughtful Fantasies’ on which Bluey and co-producer Ski Oakenful use Haynes, Brandis and Leak to add layered choral vocals. A tour de force… but then would you expect anything less from Incognito?

Incognito’s ‘Surreal’ is out now on Dome in the UK and on Shanachie in the US.