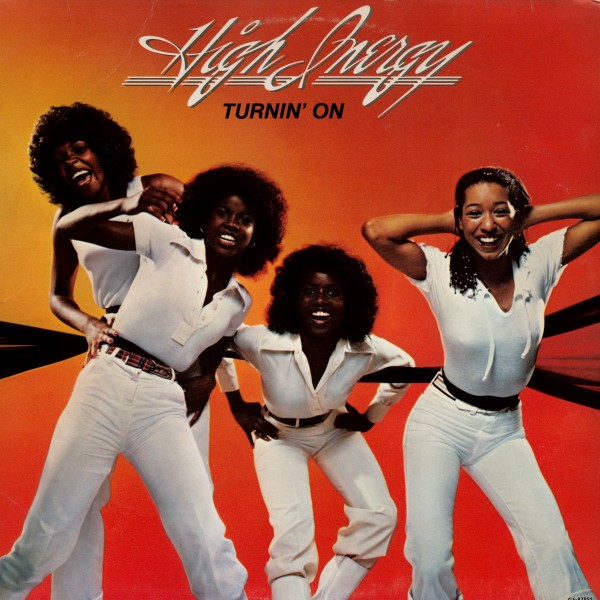 The female Motown foursome that became Hi Inergy were discovered performing in their hometown of Pasadena, California by Gwen Gordy Fuqua. The ladies (Vernessa Mitchell, her sister Barbara Mitchell – two music biz veterans with a CV that included working with Donald Byrd – Linda Howard and Michelle Martin) had originally called themselves New Experience, but soon they became High Energy. Ms Gordy signed them to Motown and renamed them High Inergy after the 1976 Supremes’ album, ‘High Energy’. It was hoped by label execs, it seems, that the new group might fill the void left by the recently departed superstar trio. Of course, the Pasadena ladies changed the “e” in energy to a more distinctive “i” and contemporary press releases talk about the “i” relating to “inner self”! Whatever, they were soon in the studio and October ’77 saw the release of ‘Turnin’ On’, their debut long player – now reissued by Cherry Red imprint bbr.

Musically the sound is the sound of late Motown period Supremes – so no surprises there. The album was heralded by the release of the single ‘You Can’t Turn Me Off (In The Middle Of Turning Me On)’, which reached R&B #2 and pop #12. The song is the centrepiece of the album and it still sounds good, mixing a coy sensuality with subtle, sedate dance floor rhythms. The album’s other single, ‘Love Is All You Need’ is an energized (great pun hey!) dancer but it didn’t fare quite as well peaking at #20 R&B and only reaching #89 on the pop chart.

In retrospect, there are better tracks on the album. ‘Let Me Get Close To You’ is a lovely lush ballad, while the James Ingram-penned ‘Save It For A Rainy Day’ was thrown away as the B-side to ‘Turn Me Off’.

For reasons never best explained High Inergy never went on the road. Sure, they did all the big US TV shows but maybe lack of a live presence is one of the reasons why their career quickly lost momentum. They became a trio when Vernessa Mitchell left after their second album to pursue a career in gospel music. Barbara Mitchell replaced her sister as lead singer but they disbanded in 1984.

The concise sleeve notes that accompany this reissue of their debut LP gives you all the High Inergy ins and out and for collectors two bonus tracks are added to the original LP’s 9 cut. They are, though, the 45 edits of the two singles.