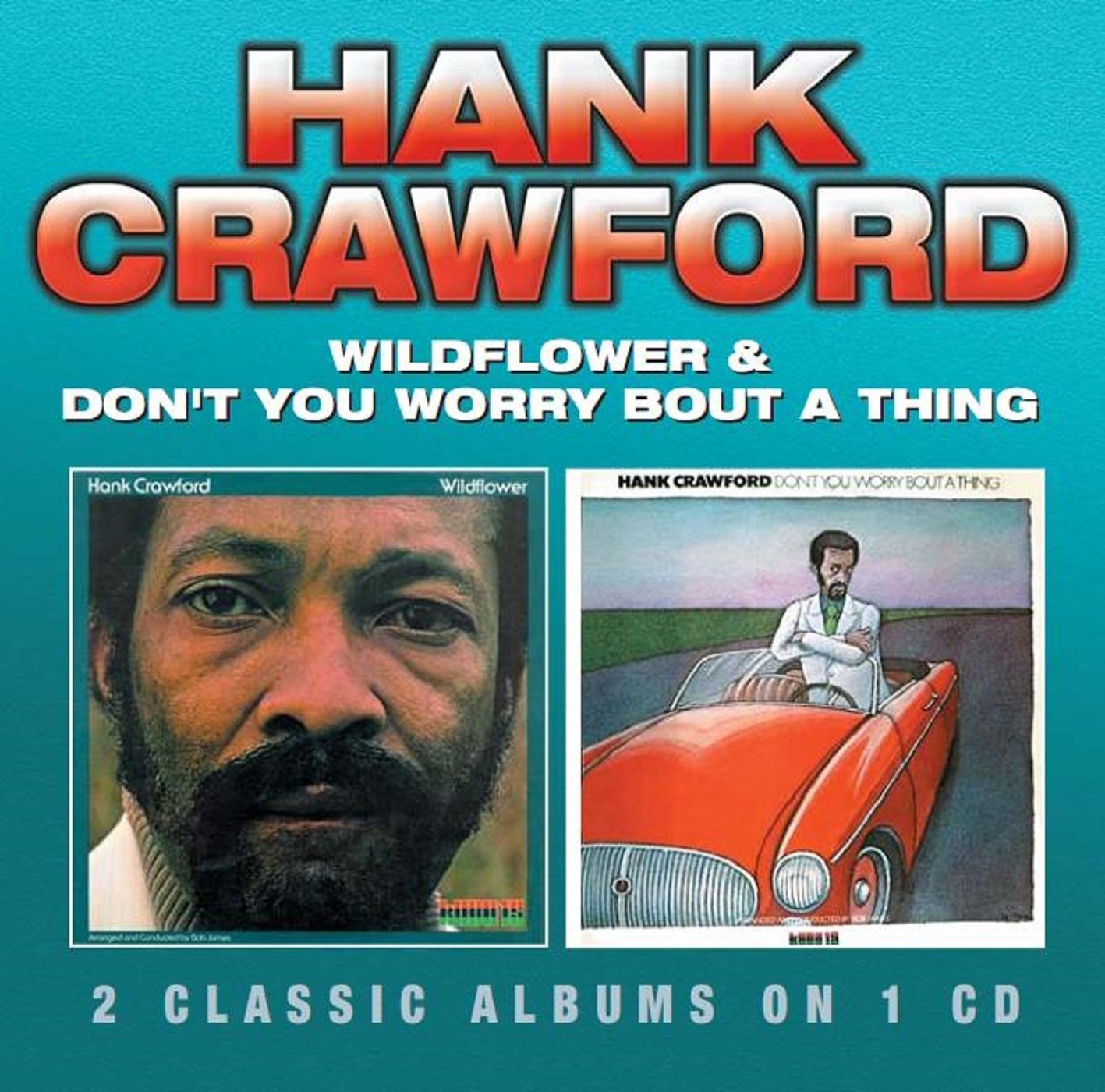 A soul-jazz specialist who cut his teeth with Ray Charles’s band at the end of the 1950s, alto saxophonist Hank Crawford recorded a slew of albums for Atlantic in the 1960s before joining producer Creed Taylor’s CTI subsidiary imprint, Kudu, in 1972 where he recorded eight LPs. ‘Wildflower’ was the Memphis musician’s third Kudu outing and is paired here with its follow-up, 1974’s ‘Don’t You Worry ‘Bout A Thing,’ on a new tasty twofer by Cherry Red imprint, Robinsongs.

Crawford delved into Wonder’s catalogue again on ’74’s ‘Don’t You Worry ‘Bout A Thing.’ The brassy eight-minute title cut is taken at breakneck speed and again, is imaginatively arranged by the ever-resourceful Bob James. The saxophonist also puts his own spin on Wonder’s ballad, ‘All In Love Is Fair,’ infusing it with a dreamy soulfulness. The three remaining cuts are all Crawford originals; ‘Jana’ is a nocturnal ballad; ‘Sho Is Funky’ (co-written with Bob James) is a lengthy jazz-funk workout that includes bluesy harmonica wails from Charles McCracken while ‘Groove Junction’ is a fast, finger-clicking swinger with a walking bass line where Crawford’s wailing sax is counterpointed by punchy horn parts. Bob James delivers a dexterous Fender Rhodes solo on the track and also contributes some insightful comments about the session in the liner notes. Also in this reissue’s favour is the sound quality of the CD, which improves on previous versions. For fans, then, of the underrated Hank Crawford – and soul-jazz aficionados in general – this is a worthwhile reissue.