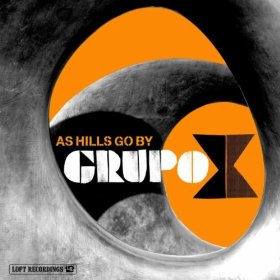 The core of Grupo X hail from the Yorkshire Pennines – an area known more for its brass band ensembles than soul and funk bands, but this Jonathan Enright-led outfit are about to change that. West Yorkshire’s own Enright is a virtuoso trombonist who’s played with (amongst others) Pucho and his Latin Soul Brothers, Dennis Brown, Max Romeo, Badly Drawn Boy, Elbow and Bootsy Collins. In 1997 he formed Grupo X as a Latin-jazz band and their debut album ‘X-Posure’ was nominated for a Latin Grammy. A couple more albums drew more critical acclaim but now they’ve decided to cut an album that delves into the music that originally inspired the band’s eight members … soul and funk – and what a great job they make!

The set opens with the catchy, mid-tempo ‘Little Bit Better Than That’. It’s a really pleasing Summer vibe – followed by the light funk of the album’s title cut. There’s a distinct Latin undertow to the cut – ditto, the pacey dancer that is ‘Reach’. The tempo is maintained on a pair of bright, brash beaters – ‘Big Town’ and ‘Closer To You’. The album offers three great ballads too – ‘Won’t You Stay’ is a gentle acoustic piece featuring some authentic Southern soul style horns; ‘Share It Out’ has its roots in the blues; and ‘Waiting All Day’ is superbly sultry. Throughout, vocalist Lisa Millett is exceptional – bringing the right balance of passion and tenderness to everything. She’s particularly outstanding on the album’s real highlight, the gentle swayer ‘Make It Alright’. It’s a sweet confection built around a repeating guitar figures (like ‘Rainy Night In Georgia’) and enhanced with banks of subtle brass stabs. It’s a delight. Indeed the whole album – which looks a little unprepossessing, has a lot to offer and is worth seeking out.