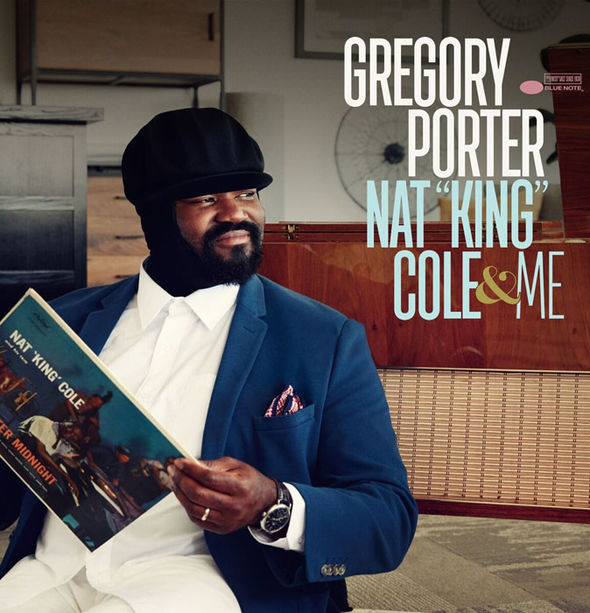 Officially released on October 27th., this new Gregory Porter 12 track tribute to Nat King Cole has been a long time coming! Indeed its genesis goes right back to Porter’s childhood. He tells us that “At 5 or 6 years old, Nat’s music filled a void in me. My father wasn’t in my life and wasn’t showing interest in me or raising me and Nat’s words were the life lessons, words of wisdom and fatherly advice I needed.” So, at last, Greg’s gotten round to saying thank you and repaying something of his debt. News of this album was leaked a while ago, creating obvious and massive interest. I mean what’s not to like about the prospect of the great songs of Cole interpreted by THAT voice. However no sooner were web sites and media feeds buzzing with news of the long player than its existence seemed to be denied. The reports vanished off the web and the singer’s official sites and social media made no mention of the work. Then within a week there was the official, big, big launch – TV, radio and high level media coverage cranked up the hype and the expectation.

So was the wait, the hype and the hide and seek worth it? In a word YES. Like we said, what not’s to like about a set of great songs delivered by one of the great contemporary voices? Add to that the sumptuous, wrap around production and arrangement from Vince Mendoza and you have one hell of an album … one on which, unusually, the voice and the songs complement each other throughout. What’s more Porter and Mendoza have been very careful in their song selection. It would have been so easy to stuff the set with all the well-known Cole chestnuts (like George Benson did on his Cole tribute) but here the pair offer some lesser known Cole gems. Sure they offer ‘Mona Lisa’, ‘Nature Boy’, ‘Ballerina’ and ‘Smile’ but there are lesser known items from the Cole canon too – like ‘The Lonely One’, ‘I Wonder Who My Daddy Was’ (given added poignancy given what we know about Porter’s own father) and ‘Quizas, Quizas, Quizas’ (delivered as a stately merengue and sung in Spanish).

Then there’s this album’s coup de grace – a non Nat King Cole song. Porter and Mendoza have included a new version of Greg’s own ‘When Love Was King’ (from the ‘Liquid Spirit’ album). The original was sparse and beautiful (a simple trio arrangement, I recall); here the duo set the song in a lavish arrangement (recalling ‘Nature Boy’). It remains achingly beautiful.

Equally beautiful is the LP closer – a gorgeous reading of ‘The Christmas Song’. Yes, we know, it’s only October but “Santa is on his way”. Watch this one be omnipresent come Yule tide. It also, of course, ensures steady sales right through to year end. Clever marketing…. but ‘Nat King Cole & Me ‘ really doesn’t need too much marketing.