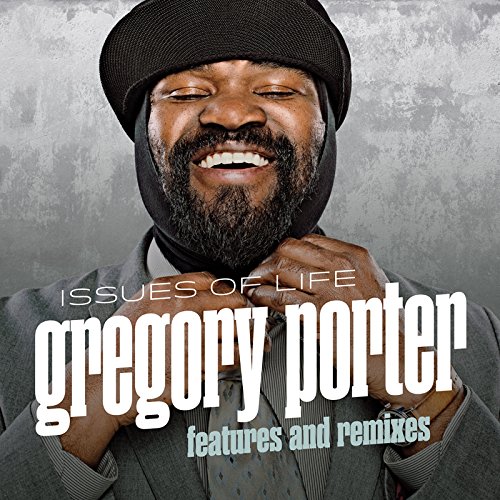 Subtitled ‘Features And Remixes,’ this 12-track retrospective collects together an assortment of odds and sods that the Grammy-winning US soul-jazz sensation recorded as a guest artist in the two or three years prior to his breakthrough album ‘Liquid Spirit.’ On one level, ‘Issues of Life’ could be perceived as a cynical cash-in on Porter’s recently acquired superstar status though in truth it’s a handy round-up of disparate bits and pieces that those fans seeking to check out the singer’s pre-Blue Note sides will find rewarding. Porter never ever gives less than 100% and though most of these tracks present him as a cameo vocalist – on albums by soul/funk band Zbonics, the David Murray Infinity Quartet, and Brian Jackson – he refuses to just tread water.

Kicking off with a great, finger-snapping, vocalese version of Bobby Timmons/Art Blakey & The Messengers-associated hard bop staple, ‘Moanin’,’  ‘Issues Of Life’ is packed with arresting performances that include some unreleased takes and remixed tracks. It’s interesting to hear Porter’s previously unissued take of David Murray’s ‘Be My Monster Love’ (on the original album, Macy Gray fronted the track) and a stupendous version of ‘1960 What?,’ the killer cut from Porter’s debut LP, ‘Water,’ which is re-imagined as a ‘kick and bass rerub’ by mix meister, Opolopo. It’s also fascinating to hear Porter’s rich, gospel tones in musical contexts that differ from his own albums, as exemplified by ‘She’s Gone’ and ‘Nowhere To Run,’ a couple of edgy and contemplative soul-infused funk jams by Zbonics (two of five cuts that Porter cut with the band on their ‘Time To Do Your Thing’ album). Another standout is the haunting ‘Song Of The Wind,’ a Gil Scott-Heron tune recast as a plaintive duet with Diana Booker, the daughter of Brazilian percussionist Airto Moreira.

Understandably, given the disparate nature of its constituent tracks, this collection lacks the cohesion of Porter’s own albums but for those people that can’t get enough of the ‘cat in the cap,’ then ‘Issues Of Life’ should function as a good stop-gap release until his next proper solo offering.