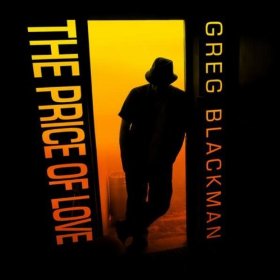 Greg Blackman is a new soul singer and multi-instrumentalist who works in and around the South East of England. Always a busy session singer/player, ‘The Price Of Love’ is his first solo album… and what a mixed bag it is! Followers of the funk will find plenty to keep them occupied, with a number of cuts that show the influence of people like Cameo and Prince. ‘Money’, for instance, is built around a classic, loping bass line while ‘Funky Feeling’ has early Prince stamped all over it. ‘Suffer No More’ and the snappy ‘Tell You Something’ offer more of the same. At the other extreme, ‘My, My, My’ is a catchy piece of pop soul while ‘The Life I Live’ is a fast and furious attempt to recreate the magic of Northern Soul. In between Greg shows he has a fine soul voice on the very old school soul ballad ‘Change’, (some fine bluesy organ in there too) while ‘Tell You Something’ is gentler altogether. Catchiest soul cut though is the title cut which opens proceedings. It’s a very pleasing mid-tempo swayer with hints of Maze and Leroy Hutson about it. Then, to add to the variety the album boasts a couple of instrumentals of which ‘Smoke’ is the strongest. It begins with an oddly programmed drum sequence before Greg’s Fender piano does a passable Bob James imitation … then it all morphs into a Hammond-led soul jazz segment. In many ways, the variety within that track reflects the variety of the album and soul fans of different persuasions will all find at least one cut to intrigue them.