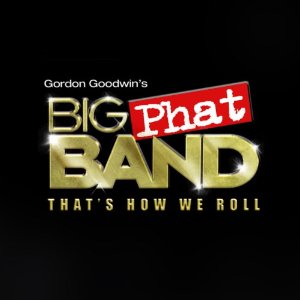 Sax man/piano player Gordon Goodwin’s been leading his Big Phat Band since 2000 and by big, he means BIG. His bandsmen number 18; then add the special guests and you’ll understand the name. ‘That’s How We Roll’ is the outfit’s sixth album and the first for the Telarc/Concord group. Musically, the set lives up to the band’s name too – big and brash … and Goodwin wastes no time in laying down the markers. The opener, ‘That’s How We Roll’ swings along with real bravado and the pace is maintained on ‘Howdiz Songo?’, ‘It’s Not Polite To Point’ and ‘Race To The Bridge’.

Given the title, it’s no surprise that ‘Hunting Wabbits’ is more cinematic while ‘Everlasting’ is the set’s focus, romantic slowie. ‘Rippin’And Runnin” is another set piece – featuring three guest sax men – Dave Koz, Eric Marienthal, and Gerald Albright – each bringing out the best in the other two. The other major guests are Take 6 and Marcus Miller and they feature on the album’s only vocal tracks – the cleverly, intricate ‘Never Enough’. All the above are original songs. The only cover is a brave look at George Gershwin’s ‘Rhapsody In Blue’ which boasts a typically aggressive Goodwin arrangement.

Apart from leading his band, Goodwin is known for his film scores – amongst them ‘Get Smart’, ‘The Incredibles’, ‘Con Air’ and ‘Star Trek Nemesis’… and if you know those movies, you’ll know what to expect here.