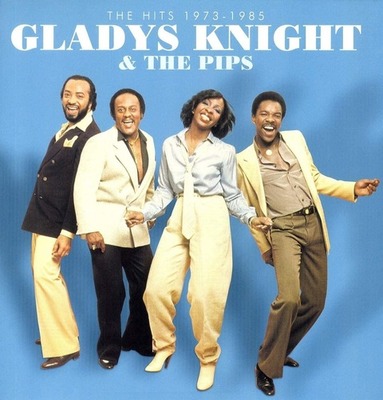 Possessing a gospel-reared voice that is blessed with an unmistakeably silky purr, Gladys Knight, even at 76, is rightly considered one of the greatest female soul voices of all time. Dubbed the “Empress of Soul,” she will always be associated with The Pips, the famous family group she led for 26 years between 1952 and 1988. Although their chart-topping debut hit, ‘Every Beat Of My Heart,’ was issued by Chicago’s Vee-Jay label in 1961 and was followed by less successful stints at the Fury and Maxx imprints, their career truly ignited at Soul, a subsidiary of Berry Gordy’s  Detroit-based Motown company, where they stayed  between 1966 and 1973, racking up a slew of hit records in the process.

This new 19-track, double-vinyl compendium on Snapper’s new R&B-focused United Souls imprint overlooks the ’60s and picks up the group’s story during their fertile tenure at the Buddah label, which began in 1973 and saw them score some huge pop hits that eclipsed their Motown recordings in terms of commercial success; soulful evergreens like the group’s signature tune, the US chart-topper ‘Midnight Train To Georgia’ plus ‘Best Thing That Ever Happened To Me’ and ‘Peaceful Waters,’ all written by the late great Mississippi songwriter, Jim Weatherly. Other big UK hits for the group included here from that same period are their indelible remake of Barbra Streisand’s ‘The Way We Were,’ plus ‘Baby Don’t Change Your Mind,’ and ‘Come Back and Finish What You Started.’

The four-sided compilation’s journey also takes the listener to musical destinations beyond the group’s Buddah spell; eleven of the songs focus on their early to mid-’80s stay at Columbia Records where they scored a 1983 US chart-topper in the shape of ‘Save The Overtime (For Me)’ co-written by Sam Dees. Other highlights from the Columbia tenure are the superlative Ashford & Simpson-helmed ‘Landlord,’ ‘Bourgie’ Bourgie” and ‘Taste Of Bitter Love,’ all highly infectious and dating from 1980. The final cut on the album is 1983’s ‘Hero,’ which Bette Midler recorded and took into the charts as ‘Wind Beneath My Wings’ six years later.