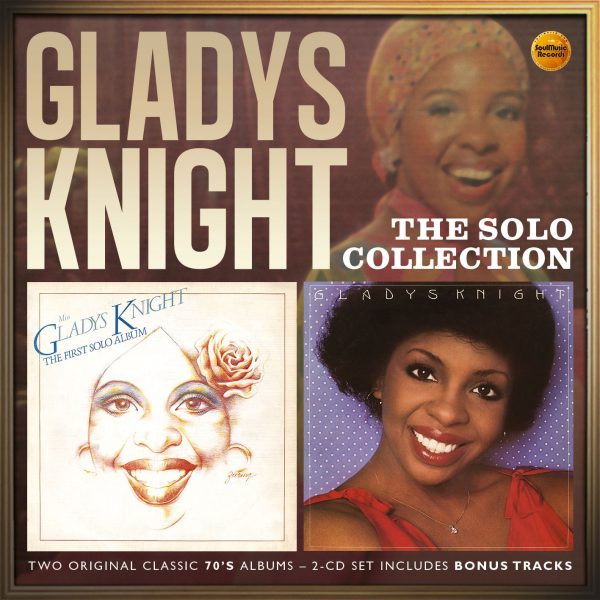 As my esteemed SJF colleague Charles Waring points out in his excellent sleeve notes to this new SoulMusic Records twofer, the late 70s were a troublesome and turbulent time for Gladys Knight and, by extension, her faithful, family backing singers, The Pips.

In 1973 Gladys, brother Bubba and cousins Edward Patten and William Guest left Motown to join Buddah. There they almost immediately enjoyed some of the biggest success of their already garlanded career. Records like ‘Midnight Train To Georgia’ and ‘The Best Thing That Ever Happened To Me’ turned Gladys Knight and her Pips into major crossover stars at home and across the globe.

By 1978, though, the hits has started to dry up and Buddah entered a complex financial downturn. Takeovers, stock sales and buy outs left the label in dire straits and sensing this, Ms Knight and the boys made plans to leave and join Columbia Records. Simultaneously complex law suits were launched by, it seems, everybody with an interest in Buddah… including Gladys and the Pips. As is the way with corporate America, the litigation went on and on and record making was put on hold for “Gladys Knight and the Pips”. However, contractually at any rate, “Gladys Knight” was a different entity and in those circumstances she, reluctantly, worked on her first solo album. Thus ‘Miss Gladys Knight’ was released on Buddah in 1978.

The album has just won reissue on SoulMusic Records. Musically, it’s a classic Gladys Knight album. That’s to say a warming mix of driving up-tempo cuts and heart-rending ballads all delivered in the Atlanta-born singer’s distinct, gospel-infused style. All that’s missing (obviously) from her previous work are the bvs of the Pips…. replaced by a femme chorus. My pick on the set is ‘I’m Still Caught Up With You’…. one of those cuts that makes you realise why Gladys Knight is regarded as one of the pre-eminent soul divas.

By the time the album was released Ms Knight had left Buddah and she was already working on a début set for Columbia. Simply titled ‘Gladys Knight’ that long player was released in 1979 and it forms the second part of this twofer release. Again the transition between labels made no distinct musical changes… the sound of the eponymous collection follows where the previous album left off. Highlights? Well, that’s a personal thing. My picks are the lilting ‘If You Ever Need Somebody’ and a dramatic reading of ‘I Who have Nothing’ where the moody, shifting rhythms echo Gladys’ early 60s hit, ‘Giving Up’.

Given the circumstances of the releases, the similar titling and the fact that Buddah issued a Gladys Knight and the Pips album at about the same time, the two solo sets meant very little despite their quality. Soul fans I’m sure, will be delighted to have them easily accessible again and to make said fans even happier the release comes with lots of bonuses. Amongst them are four outtakes from the ‘Gladys Knight’ sessions. These include a lovely version of the standard ‘For All We Know’. Gladys’s reading of the song is, as you’d expect, right up there with the best!