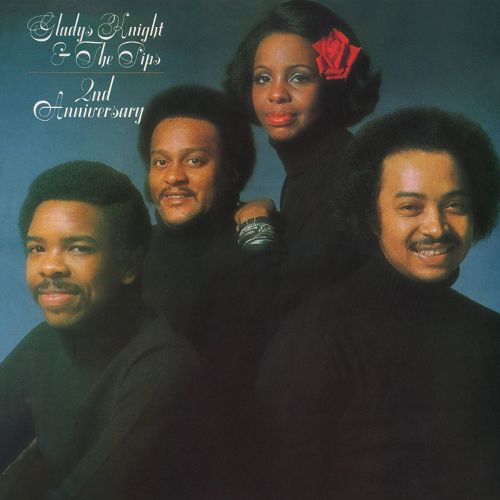 Despite scoring a raft of hits for Motown, including three US R&B number ones, Gladys Knight & The Pips believed that the label’s supremo, Berry Gordy, regarded them as a second tier act and consequently, they left his Detroit company for Buddah Records in 1973. At Buddah, Gladys and the Pips received the attention they felt they deserved and hit new commercial heights, scoring big US pop smashes with ‘Midnight Train To Georgia,’ ‘I’ve Got To Use My Imagination,’ and ‘Best Thing That Ever Happened To Me.’  This reissue of the group’s fourth long player for Buddah, catches up with them in 1975 when they went in the studio as co-producers working alongside noted singer/songwriter/producer, Gene McDaniels, and production duo, Kenny Kerner and Richie Wise.

There are four McDaniels-helmed tracks, the first of which the message song, ‘Money,’ was a #4 US R&B hit and showed the group heading in a funkier, blaxploitation-style musical direction. The quartet also served up a six-minute version of the McDaniels’-penned ‘Feel Like Makin’ Love,’ which had been a big hit for Roberta Flack in 1974. They do it totally differently, slowing it down to a sensuous simmer, with Gladys doing her own inimitable thing vocally, aided by gospel-like responses from the Pips.  Another McDaniels’ tune, ‘Summer Sun,’ is more sturdy, direct and earthy, seasoned with rousing gospel cadences. Arguably the most interesting McDaniels’ cut is the socially-aware ‘Street Brother,’ which is significant because all of the lead vocals are handled by the Pips sans Gladys – the first verse is sung by Edward Patten, the second by William Guest, and the third by Bubba Knight.

Other highlights include a finely-nuanced interpretation of Bread singer/songwriter David Gates’s ‘Part Time Love,’ which was a #4 R&B hit in 1975, and a jazzy, atmospheric take – complete with a voiceover intro by Gladys – on Hoagie Carmichael’s ‘Georgia On My Mind.’  A similar vibe defines the mournful ballad, ‘You And Me Against The World,’ while Rusty Young’s pining steel guitar adds a country feel to the heartbreak ballad, ‘Where Do I Put His Memory’ (written by Mississippi tunesmith, Jim Weatherly, who wrote several big hits for Gladys and the Pips, including ‘Midnight Train To Georgia’).

A solidly soulful rather than stunningly spectacular album, ‘2nd Anniversary’ – which is now remastered and available as a limited edition release in a mini replica gatefold LP sleeve – should nevertheless be at the top of your shopping list if you’re a fan of one of soul music’s greatest ever groups.