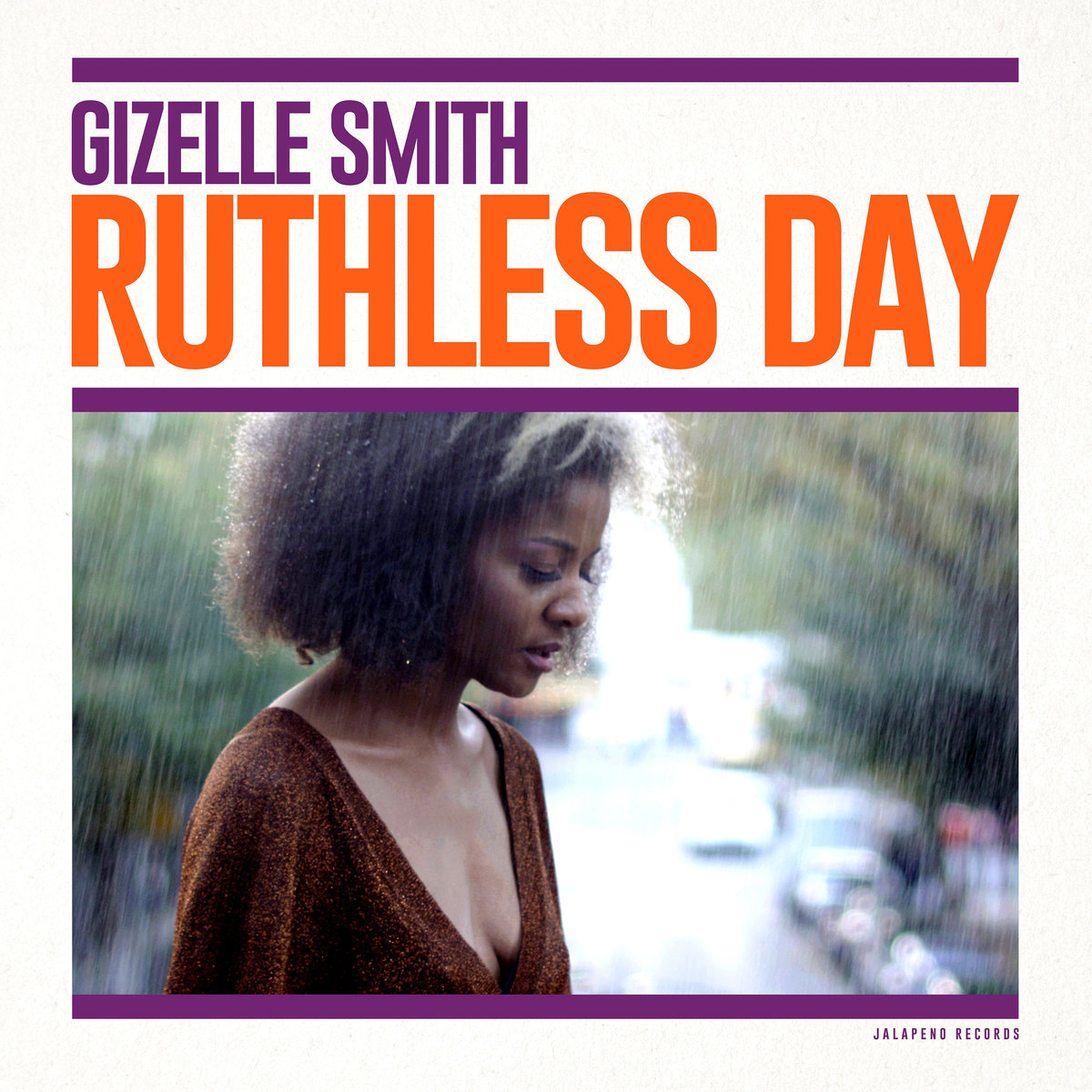 Gizelle Smith is a Manchester song bird with credible soul DNA… her father was long-time guitarist with the 4 Tops. Gizelle cut her own teeth in the biz fronting the Mighty Mocambos. The inevitable “musical differences” led to a split from the band but after 2 solo singles Ms Smith faded off the musical radar. That was something like eight years ago – much of that time Gizelle spent caring for an ailing mother and dealing with her own depression, brought on, she says, by her fear that her career had ended. So, enter producer Steffen ‘Def Stef’ Wagner with whom Gizelle had worked with the Mocambos; he suggested that the best therapy was a proper musical comeback… and here we have it … the 11 track long player that is ‘Ruthless Day’.

The album is named for a tune that faces depression and related mental issues head on. Sonically ‘Ruthless Day’ ( the track) is a lazy, jazzy meander with expressive punchy horns helping hammer the message home that no one really knows when or if depression will affect them. It’s a heavy piece echoed later down the track listing by ’12’.

Happily the set is not all heavily didactic. Indeed ‘S.T.A.Y” is a one this year’s finest up-tempo Brit soul moments. It’s a kind of hybrid of Northern soul and the sort of stuff Paul Weller did with the Style Council… you might remember it as a single from last year. The track is a duet with Eric Boss and Eric is also featured on the cut that has already gained huge favour…. the chinking, smouldering, R&B grove that is ‘Hero’… a good little tune, sort of a William Bell/Judy Clay thing for the 21st century.

Amongst the other highlights is a gentle, sweet ballad ‘Love Song’. The premise here is “everyone loves a song about love” and if you do, you’ll love this one.

Find out more about Gizelle Smith and ‘Ruthless Day’ by visiting our interview archive.