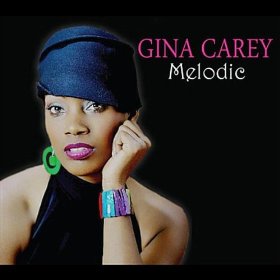 Gina Carey is the wife of Chicago-based guitarist John Carey and she starred on his last album, fronting a quartet of great soul songs. Of those ‘Step Show’ and ‘Groove To This’ are great dance tunes while ‘Dancin’ On A Rainbow’ is a lovely light Latin confection. Sadly – here on her own solo set (on which hubby, John is heavily involved) there are no such high spots. Indeed ‘Melodic’ is rather pedestrian and stuck chiefly in one gear – slow. Of the 10 tracks, nine are slowies, or at best chugging mid-tempo items and they conspire to make for a rather depressing listen.

The only true “up” number is the energetic and pacey ‘Without You’ but it doesn’t match the quality of the songs she tackled on her husband’s set. Elsewhere the opener, ‘Red Hat’ is quirky with an insistent beat but its laid-back nature sets the tone for much of the rest. ‘Share My Life’ is a decent ballad and ‘A Change’ is the big dramatic one –complete with spoken preface dedicating the song to all those who’ve been effected by “the world’s problems”, but the song just lacks real quality

Gina sings soulfully throughout and John offers some fine guitar work (nice acoustic touches on ‘Loving You …A Song For John’) but the set suffers for the usual problems that beleaguer self-produced indie soul sets. Despite the commitment and enthusiasm of the participants, the quality’s missing from the material and low-key production only adds to the problem. The album is currently being promoted by www.soulchoonz.com