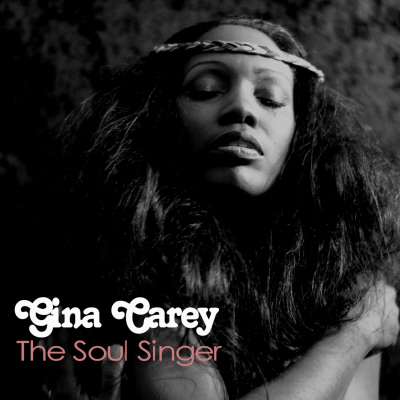 Gina Carey is a Chicago-born, LA-raised soul singer with a prolific track record. She’s released some 11 long players since her 1996 debut; she’s worked on 3 gospel-based stage shows; she’s published a book; she runs her own label and an entertainment company; and she’s the creator of her own web series. With lots of live appearance too, it’s hard to believe that she found herself some time to create a new album – ‘Gina Carey The Soul Singer’ – due for release on February 10th.

The most immediate tune on the new set is the self-explanatory ‘Dance’. It’s a simple call to the floor driven along by a funk undertow and a rumbling bass line topped with a gospel-inspired lyric. ‘Side By Side’ is the long player’s other big dance item though the set also boasts a couple of insistent funk cuts too. Of those ‘It Better Be Funky’ is the one to run with. It’s a heavy, bass-led tune… loose and languid.

Then there’s a clutch of mid-tempo tunes . The best are ‘Grateful’ and the sweet ‘Paradise’. The others (things like ‘Brand New’) are ponderous and lacking in focus. To add variety the record also boasts a pair of intriguing ballads – ‘Eyes Of A Child’ and ‘Through The Waters’. Both are reflective and atmospheric and exude an ethereal quality that’s hard to pin down.

Bringing unity to what is a mixed and varied clutch of tunes is Ms Carey’s unique voice. She, I’m sure, would be the first to admit that her voice isn’t the sweetest on the soul block but what it lacks in prettiness it makes up for in expression and commitment. Her timbre is not a million miles away from the sound of Macy Gray, though maybe not quite as edgy and gritty.

‘Gina Carey The Soul Singer’ is released on Gico Music on February 10th.