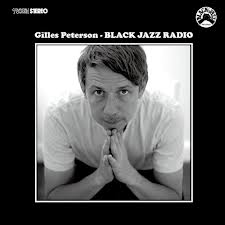 Short-lived and seemingly long-forgotten, Oakland-based indie, Black Jazz – set up by pianist, Gene Russell, and his partner, Dick Schory in 1971 – is ripe for rediscovery. Its catalogue, comprising just 21 LPs, might be miniscule but as this excellent 11-track retrospective assembled by noted crate-digger and tastemaker, Gilles Peterson, reveals, the music deserves a much larger audience. Though the company has been resurrected in recent years and has a new owner at the helm, most of its ’70s repertoire has never been reissued in the digital age. Thankfully, though, that situation is about to change as this delicious taster will precede not only a couple more compilations that are on the horizon but also full album reissues. What comes across most from the music here is the high quality of the recordings and the strong calibre of the musicians involved and their arrangements and performances. Keyboardist Doug Carn – soul singer Jean Carn(e)’s ex-spouse – was a key player for the label and his funked-up jazz version of Stevie Wonder’s ‘Higher Ground’ is one of several standouts, which also include bassist Henry Franklin’s ‘Beauty & The Electric Tub,’ Rudolph Johnson’s ‘The Highest Pleasure’ and singer Kellee Patterson’s vocal version of Herbie Hancock’s ‘Maiden Voyage.’ An absolute revelation.