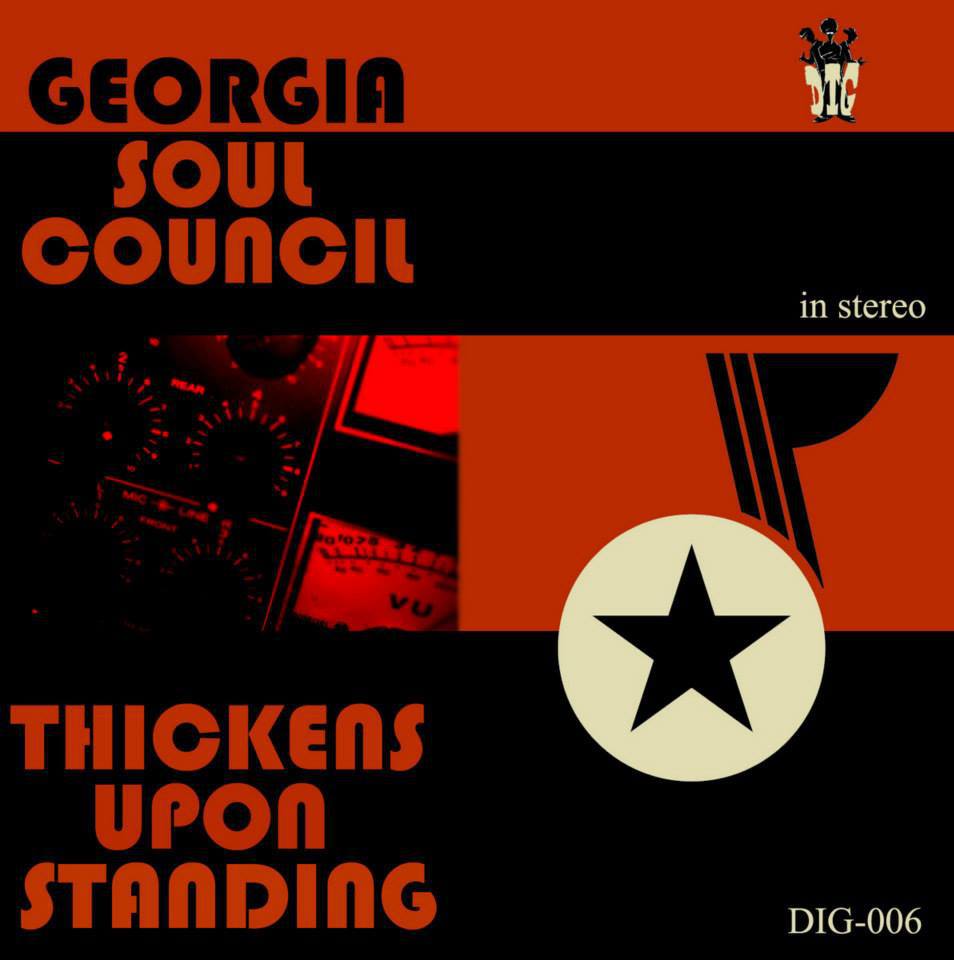 The Georgia Soul Council are a self-contained septet comprising Brian Didsbury (bass/vocals), Rob Robinson (drums), Johnny Halpin (lead guitar), Jason Young (trumpet), Jordan Shalhoup (tenor sax), Jeff Jeswald (organ/Rhodes) and Dan Jeswald (rhythm guitar). They came together in Atlanta back in 2010 primarily as a backing band for Otis Redding III. Since then they’ve broke out on their own and slightly changed direction – embracing the tight funk and jazz-tinged soul of the 70s that turned them all onto music in the first place.

Tracks from this, their latest album have won airplay on some of the more esoteric and soulful internet radio stations and you can hear why it’s catching the ear of savvy DJs and programmers. The 13 tracker is a breath-taking throwback to one of soul and funk’s greatest eras when bands like Tower Of Power, The Average White Band and the JBs ruled the funk roost. The Georgia Style Council’s music echoes the music that those three outfits laid down – but the Georgians put their own spin on it and add just a little bit extra… like cool soul-jazz flavours (listen up to ‘Snaggletooth’ – some mean Hammond from Jeff Jeswald) and even jazz/rock fusion (‘We’re Gonna Groove’, for instance, is wild and unbridled).

Get the full Georgia Soul Council hit on the album’s opener, ‘Sauce (Thickens Upon Standing)’. Clocking in at over 7 minutes, it starts like prime time AWB with a series of tight brass riffs before the various players take the tune in all kinds of  directions… Jason Young’s trumpet is a particular delight. ‘Hutchins’ is another standout. This one’s a vocal and Brian Didsbury does a great Lenny Williams while the rest of the team work their socks off on groove that Tower Of Power would have been proud of.

Elsewhere, expect lots of tight, driving, chant-heavy funk – like ‘Can’t Stand Ya’, ‘Bounce This’ and ‘Effin Splendid’ though on ‘Hip Shot’ the seven piece show they can get mean and bluesy too.

The album’s oddity is a cover of Gil Scott-Heron’s ‘Lady Day’. It’s a busy version and not as funk-based as the rest of the album. I’m sure it’s a highlight of the band’s live shows and here it makes a satisfying end to an album which might look a little unprepossessing but which offers up huge rewards for true funkateers.