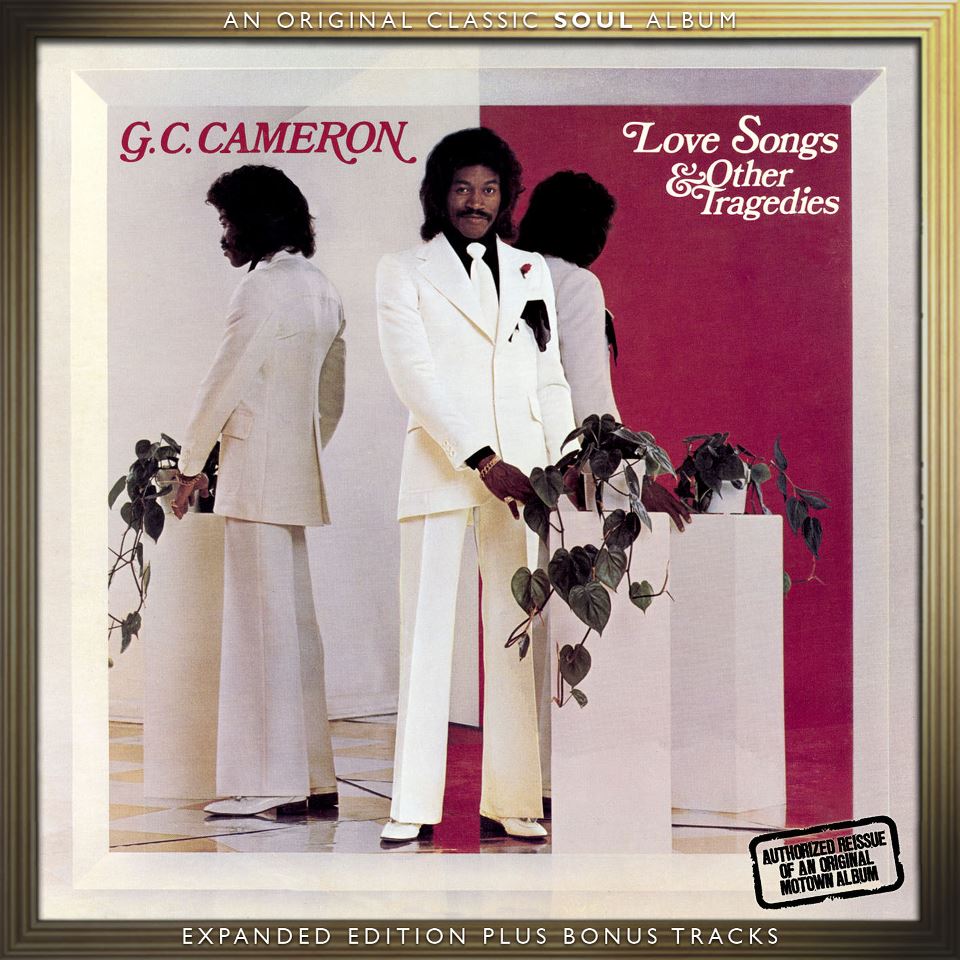 G C (George Curtis) Cameron is best remembered for his lead vocal on the Spinners’ enduring classic ‘It’s A Shame’. G C joined the Motown group in 1967. He’d just been demobbed from the US Marines and he replaced Chico Edwards as lead singer. The Jackson, Mississippi born baritone’s previous musical experience was working with various Detroit gospel groups – often singing alongside his cousin Philippe Wynne. When the Spinners failed to find successful follow ups to ‘Shame’ they relocated to Atlantic but Berry Gordy persuaded the sweet-voiced Cameron to remain with his Empire – putting him in the vanguard of the launch of his new Mowest label. (The Spinners, of course found huge success at Atlantic with, coincidentally, the Cameron suggested Philippe Wynne as their new lead!)

Between 1971 and 1973 GC released a number of singles on Mowest but like most of the new label’s output they failed to connect with the record buying public. Gordy duly scuppered the label and Cameron was placed on the main Motown imprint where he released his first solo album…. and it’s that album, ‘Love Songs And Other Tragedies’ that forms the core of this most welcome of reissues.

Released in 1974, the LP boasts some impressive credits. Gordy gave Cameron songs from, amongst others, Stevie Wonder, Willie Hutch and Van McCoy while the producers and arrangers include Stevie, Hutch, Paul Riser, James Carmichael, Gene Page, Robert White and a certain Marvin Gaye. The Gaye contribution, Tippin”, is one of the album’s highlights. The Trouble Man sorted the song’s complex vocal arrangement and adds his own wonderful voice to the background – giving the track that wonderful ethereal quality that he occasionally achieved with the Originals. And therein lies the problem with the album. With lots of cooks stirring the pot the set lacks a cohesive sound with each in-putter trying to create something different. In places (‘If You’re Ever Gonna Love Me’) Cameron sounds like the ultra smooth Tyrone Davis; elsewhere there’s contemporary Temptations flavours (‘Come Get This Thang’) while on a version of Stevie’s ‘All In Love Is Fair’ the team try to recreate the sound of sweet Philly soul.

The Mowest singles make up this reissue’s bonus tracks and the story’s much the same. The outstanding cut is a take on Smokey Robinson’s ‘Don’t Wanna Play Pyjama Games’ – but rather than trying to be GC Cameron, our man tries his darndest to be Smokey…. and he does rather well!

G C Cameron cut three more Motown albums and enjoyed a trio of top 40 R&B hits before moving on to Malaco ( check his wonderful ‘Nights Like This In Georgia’). He also recorded for Ardent and Motor City before rejoining the Spinners for a brief comeback. He also enjoyed a spell with the Temptations but now works the oldies circuit as a solo singer. Your reviewer caught him earlier this year on a David Gest package show. His voice is still outstanding and his act revolves around ‘It’s A Shame’. Not surprisingly there was no trace of any of the songs here… but this album and the Mowest singles are a worthwhile part of his – and Motown’s – back pages.