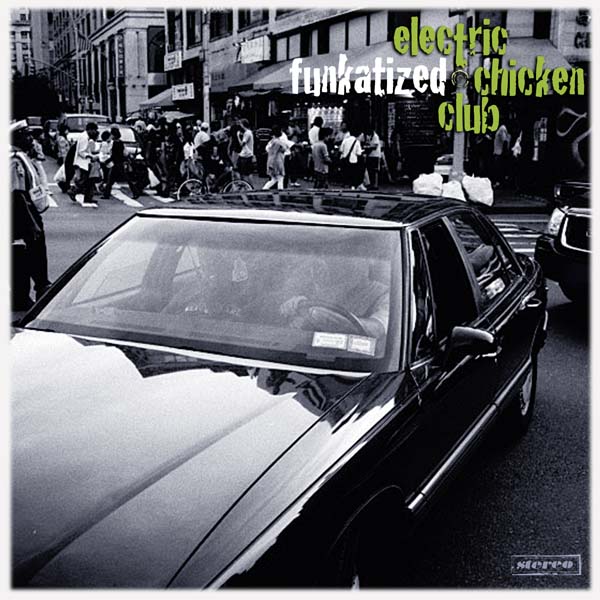 Funkatized hail from Berlin and though this is their third LP, the band’s name still causes confusion. Funkatized, you see, don’t do proper funk. That’s to say they don’t offer the sparse, gritty, tight in the pocket music of people like James Brown or Dyke and the Blazers. Rather, the duo – Dee Gee and En Bee – deliver their take on acid jazz and Euro electro and it’s an odd brew, especially when they throw reggae into the mix.

They debuted in 2008 with an eponymous album that was followed by 2010’s ‘Illegal Copy’. Both were busy and bright – full of burbling bass lines and jazzy Fender fills and this new set offers more of the same. The big difference this time, though, is that there are more vocals. Get the flavour of the album on the set’s title cut. It’s a bass-dominated, broody groove with semi-spoken vocals and burbling keys. In places (I’m thinking ‘Discotized’) the duo show their heritage as the music veers towards that no-man’s land of Euro disco while on ‘I Love You Baby’ and ‘Time Is Running’ there’s a definite hint of reggae.

Most intriguing of the 16 cuts is ‘O’Jays Break’. The intrigue comes, of course, with the title and I wasn’t sure what to expect. The tune features a snappy bass line and crashing keys but I didn’t really get the O’Jays connection at all… odd. Maybe I was expecting more and that’s the problem with the album. It doesn’t fully deliver. Find out more at www.funkatized.com