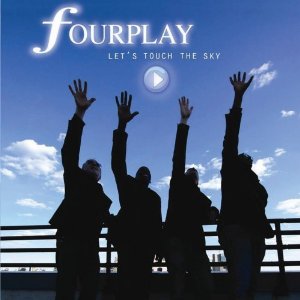 Even with a dozen band albums in their collections, Fourplay fans always look forward to a new one with relish because they know exactly what to expect – perfectly polished smooth jazz that is superbly fit for purpose. ‘Let’s Touch The Sky’ is just that and even though there’s been a subtle change in personnel (Chuck Loeb replacing Larry Carlton on guitar) the 11 tracker is totally consistent with the Fourplay brand. That’s to say there’s plenty of Bob James’ sometimes sparkling, sometimes reflective keys (most notably on the tribute to Hank Jones – ‘Gentle Giant’); then there’s Harvey Mason’s understated percussion and even on his own tunes – ‘More Than A Dream’ and ‘Pineapple Getaway’ – he shows that he knows that Fourplay is first and foremost an ensemble. As ever Nathan East’s bass is rock-steady but never dominating while (as on previous sets) he gets to sing too. His ‘I’ll Still Be Lovin’ You’ is described in the press release as “sophisticated pop”. I wouldn’t argue – it’s perfect late night Radio 2 fodder with hints of the Eagles and James Taylor about it.

Soul-wise there are two much better bets. First up there’s tremendous version of Teddy P’s ‘Love TKO’ with the (I think) underrated Ruben Studdard on vocal. In fairness the team don’t add too much that’s new but it’s such great song that’s played and sung so sensitively that the version would standout on any soul set. It’s the band’s new ‘Between The Sheets’ (if you remember their 1993 album you’ll know what I’m on about). Different again – but, oh so welcome is Anita Baker’s reading of the standard ‘You’re My Thrill’. On the song – most usually associated with Billie Holiday and more recently Diana Krall – it’s clear that Fourplay in general and Bob James in particular are right at home. As for Ms. Baker… well any new material from her is hugely welcome and hopefully there’ll be more from her very soon. In the meantime Baker fans can be as content with the single track as Fourplay fans will be with the whole album.