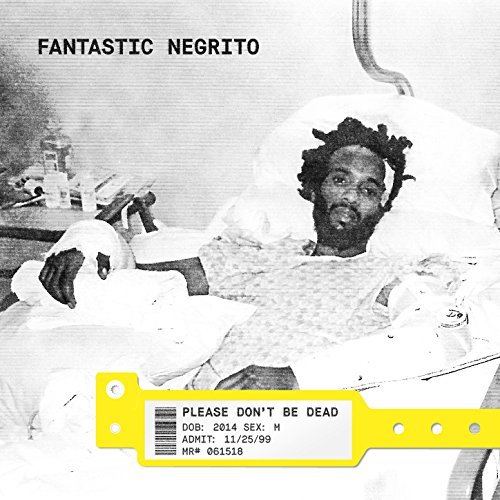 From gun-toting street hustler to Grammy-winning punk-blues avatar, Fantastic Negrito has led a fascinating and eventful life. He was born Xavier Dphrepaulezz into a devoutly religious family with Somalian ancestry in Massachusetts and then from the age of 12, lived in Oakland, California, where he later became a drug-dealing gang banger on the city’s mean streets. Music, though, drew him away from a life of crime and inspired by Prince, he started to sing and write songs. He signed a deal with Interscope in 1993 and released the album ‘The X Factor’ under the name Xavier three years later. But a devastating car accident in 1999 – in which he almost died and was left in a 3-week coma – put paid to his music career. Or so it seemed. Down but not out, in 2013, Xavier returned in the guise of a flamboyant persona called Fantastic Negrito and released his self-titled debut album a year later. He described his unique sound and style as “black roots music for everyone” but it wasn’t until after the release of his second album, ‘Last Days Of Oakland,’ that Negrito began to find a captive audience for his powerful blues-steeped music. The album won a Grammy and since then the 50-year-old performer – renowned for his incendiary live shows – has been considered “hot” property.

Now, we have Fantastic Negrito’s latest album called ‘Please Don’t Be Dead,’  and interestingly, its title – and artwork – refers to the car accident that almost claimed his life 19 years ago. It’s not, though, a vain and empty exercise in narcissism but rather about rebirth, redemption, and not going “gentle into that good night.” The album’s theme is crystallised in the short piano-led ballad, ‘Never Give Up,’ an uplifting anthem which embodies the singer/songwriter’s never-say-die spirit. Elsewhere, though, the album is feisty and even confrontational. “Knock me down, I will keep fighting,” declares a combative Negrito on ‘Bullshit Anthem,’  which blends sinewy Prince-like funk (circa 1981) with sanctified gospel cadences.

Negrito’s years as a street hustler bring a no-nonsense, straight-talking realism to his music and lyrics. A case in point is ‘Plastic Hamburgers,’ the explosive, riff-driven blues rocker (with shades of early Led Zeppelin in its DNA)  that opens the album. “American pill will wreck ‘n’ kill,” sings Negrito in a searing indictment of his gun-infested motherland (or should that be “muthaland”?) He also delves into the psychology of evil (‘Bad Guy Necessity’) and examines discrimination (‘Transgender Biscuits’) via music that’s often strident and steeped in the language of the blues. There are some fine reflective pieces, too, like the introspective ‘Dark Windows,’ a solemn but gleaming ballad, which shows that Negrito possesses sensitivity as well as plenty of badass attitude.

Xavier Dphrepaulezz’s miraculous transformation into Fantastic Negrito offers proof that a near-death experience can sometimes lead to a spiritual rebirth as well as a change of outlook and career direction. On a metaphorical level, ‘Please Don’t Be Dead’ is a plea, perhaps, to other people to embrace life and awaken to a new, more-meaningful reality rather than drift aimlessly along in a zombie-like state where mind-numbing TV and shopping malls rule. Vibrant, life-affirming music. Heed its message.