EUGE GROOVE: Got 2 Be Groovin’ (Shanachie) 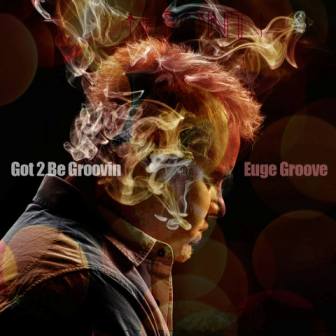 Though this album was officially released late summer, it’s being wisely re-promoted on the back of Euge Groove’s upcoming mini UK tour that happens late November/early December. I’m guessing that most smooth jazz fans will have at least checked it out; those that haven’t should do so pronto, else they’ll miss on one of the year’s best smooth jazz albums. Soul fans, too, could do worse than investigate, since the ten tracker features two excellent soul vocals…. but more of them later.

First the instrumentals, starting with the album’s title track, ‘Got 2 Be Groovin’ (Good God Father!)’. The tune, we’re told, is Groove’s homage to James Brown (the clue’s in the punning title , of course) and though it’s not the sparse, basic funk that JB trademarked, the playing’s tough and tight (nice Hammond too) and if you know Tower Of Power’s ‘Diggin’ On James Brown’ you’ll know where this is coming from. The other “urgent” item is a breezy ‘Homie Grown’ which casts Paul Brown in an Earl Klugh role. Less pacey but equally satisfying are a trio of mid-tempo items – ‘Groovin’ Up Hip Street’, ‘Hey, Hey Li’l Lilah Belle’ and ‘Miss Bane’ (a tribute to Mrs. Groove!). All three are sweet and hook-laden and work better than the ballads – the moody ‘Rain Down On Me’ and ‘Forever And A Day’ which strays into Kenny G territory.

Now the vocals…. a version of Skylark’s ‘Wildflower’ and an original, ‘In Love With You’. The former features a moving vocal from Elliot Yamin (who made his name on American Idol) and it really is quite lovely. It comes on like a cross between prime time George Benson (with the sax replacing the guitar) and Quincy Jones productions circa ‘Q’s Juke Joint’. It’s proper sophisticated, smooth soul. ‘In Love With You’ is a touch edgier but still hugely soulful thanks to a committed vocal from Trin-i-Tee 5:7’s Chanel Haynes. She’s actually married to Euge’s brother-in-law’s close friend but nepotism has nothing to do with it. Chanel nails the song… Toni Braxton meets Gladys Knight! Yes, it’s that good and one of the many reasons for serious investigation here.