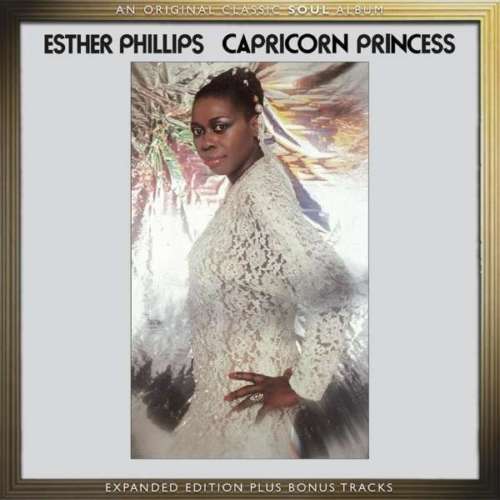 This Galveston gal’s raspy, nasal voice was never going to win any prizes in a vocal beauty contest but, like Billie Holiday, she knew how to pour her heart and soul into a song and make it her own. By the time she arrived at Creed Taylor’s Kudu label in 1972, Phillips was trying to rebuild a career that had begun so promisingly when she was a teenager in the early 1950s (she scored three R&B numbers ones in 1950 alone in the guise of Little Esther) but which had dipped dramatically due to drug addiction problems which followed her most of her life thereafter. In 1975, Phillips, then forty, had a big crossover hit with ‘What A Diff’rence A Day Makes’ – a disco revamp of an old Dinah Washington tune – and she followed it up a mirrorball take on another old chestnut, ‘For All We Know,’ in early ’76. In early ’77, Kudu released this, the singer’s seventh and final Kudu album, which has only been on CD once before and is now reissued again by Soul Music Records.

Undoubtedly one of Phillips’ most underrated and under-appreciated records, ‘Capricorn Princess’ is well worth getting acquainted with. It opens with ‘Magic’s In The Air,’ a trippy slice of psychedelic disco-funk that begins with a fairground organ before a dance pulse and atmospheric strings pick up the pace. It’s one of those track that ends too soon but thankfully, Soul Music Records have dug out an extended 12-inch version of the track seamlessly segued with another dance cut, the pulsating ‘Boy, I Really Tried One On’, which appears as a bonus cut on this expanded issue. ‘All The Way Down’ and ‘Dream’ also find Phillips’ mining a slightly camp and cheesy disco groove – the arrangements, by the way, are by the redoubtable Dave Matthews – but as well as uptempo cuts, there are some striking ballads, such as ‘I Haven’t Got Anything Better To Do,’ and ‘Beautiful Friendship,’ where the singer’s superb interpretive skills inject a depth of feeling that most singers can’t even dream of achieving.