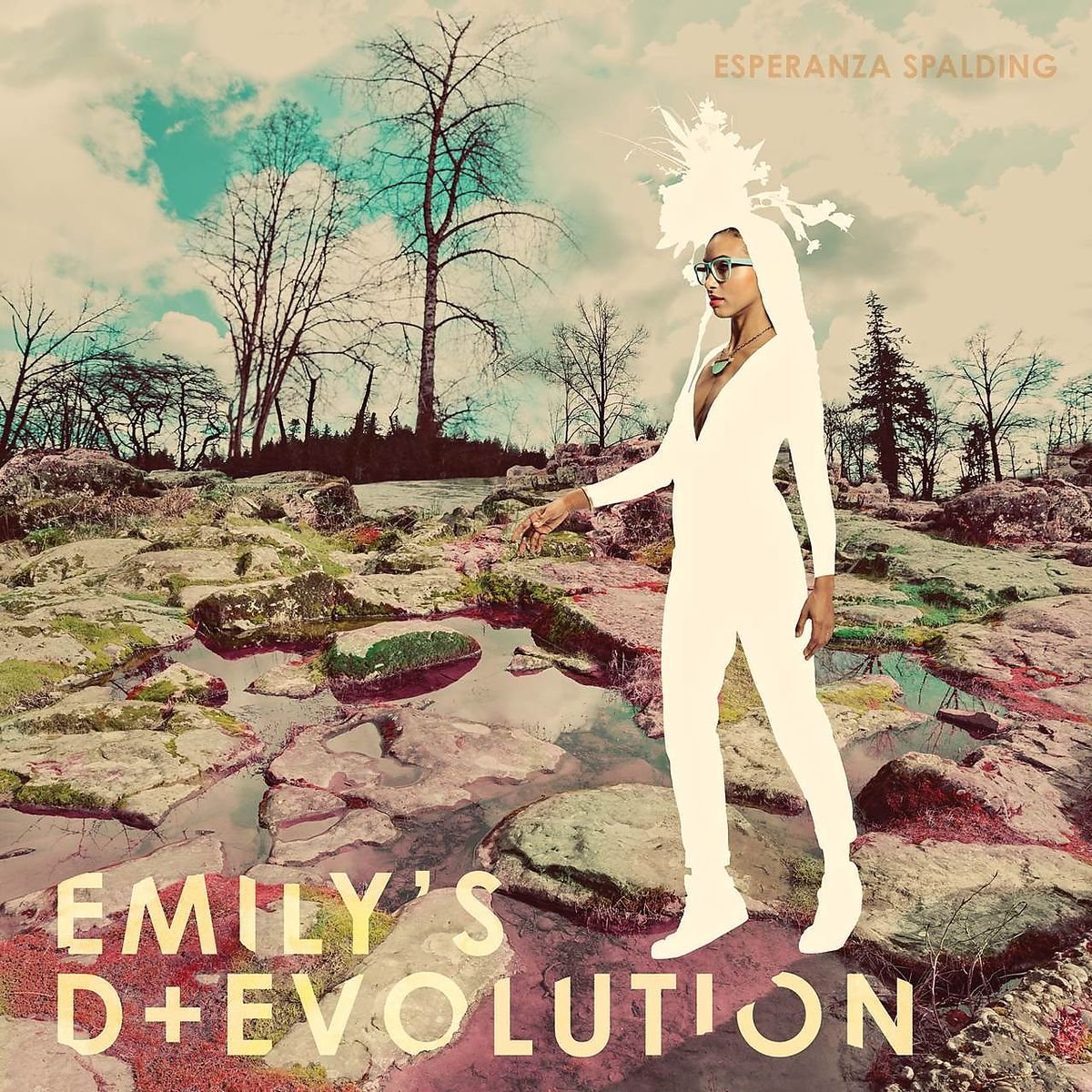 A quadruple Grammy winner and still only thirty-one, Oregon-born Esperanza Spalding is something of a phenomenon in the jazz world. A badass player with the voice of an angel, she recorded her first album back in 2006 and now unleashes her fifth long player, the follow-up to 2013’s hugely successful Grammy-grabbing ‘Radio Music Society.’ While that particular album was her most accessible offering up to that point – brimming with infectious melodies – this new opus is much harder to digest. Musically, it’s quite challenging and less immediate than its predecessor, fusing various elements taken from the vocabularies of jazz, soul and rock into a unclassifiable whole. In essence it’s a concept album detailing the reflections and adventures of a character/persona/alter-ego called Emily as she navigates her way through adolescence (though the narrative, at least to this writer’s ears, is somewhat esoteric and hard to fathom – but maybe that will change with further listening).

‘Good Lava’ gets things under way. There’s a lot of heavy, muscular  jazz-rock riffage (thanks to the dexterous guitarist Matthew Stevens) in its musical DNA, which contrasts starkly with Spalding’s airy, girlish vocals. Significantly, the track sets the stylistic tone for the rest of the album, which comes across like Joni Mitchell backed by Return To Forever. Certainly Mitchell’s influence – which manifests itself in Spalding’s melodic cadences and phraseology – is a palpable one and its juxtaposition with prog-rock style riffs is surprisingly interesting. Most of the tracks are vibrant and bursting with energy though a welcome respite comes in the shape of  ‘Noble Nobles,’ which is less full-on than some of the other cuts – gentler, quieter, less histrionic.

With its unorthodox chord changes and angular melodies, musically ‘Emily’s D’ is much more complex than ‘Radio Music Society,’ the latter characterized by simpler, catchier ditties. Having said that, there’s also a childlike, nursery rhyme simplicity on some tracks – exemplified by ‘Farewell Dolly’ and ‘Elevate Or Operate.’ The latter reflect the fact that the album’s central protagonist, Emily – which is apparently Spalding’s middle name and was the name that she was known by when she was young – is a child whose development and growth is the central theme and the narrative glue that binds all of the tracks together.

In some ways, ‘Emily’s D+ Evolution’ could be viewed as a jazz-rock fantasy opera. It’s very grandiose, dramatic and almost quasi-operatic in places. That might scare off some listeners who were anticipating a cache of polite jazz-lite grooves but more adventurous souls will find much to intrigue and stimulate them here. What it lacks in immediacy it makes up for with imagination and intrepid sonic experimentation. And for that it should be applauded.