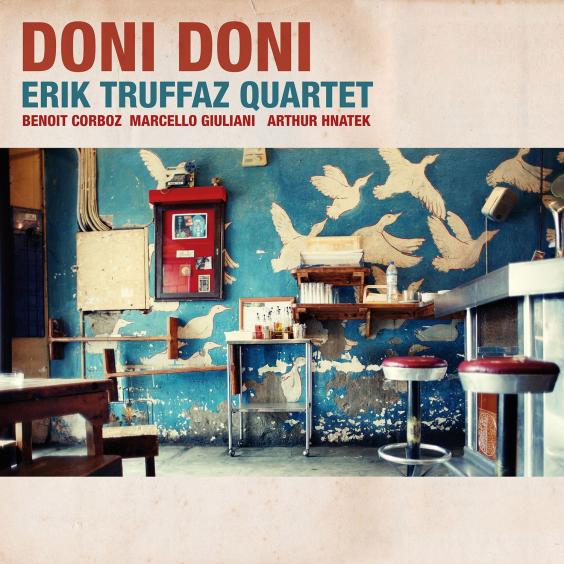 This Swiss-born French trumpeter has been successfully blurring the boundaries between the worlds of jazz, hip-hop, drum-and-bass and world music for over twenty years now and after a long and fruitful association with the legendary Blue Note label finds himself on Parlophone, the EMI imprint that brought the world the Beatles, of course, and which now as a result of EMI’s being sold finds itself part of the Warner Music group. As well as being a talented and imaginative horn man with a distinctive signature sound, Truffaz’s undoubted forte is being able to balance artistic consistency with a sense of musical adventure and this new album – his twentieth in twenty-two years – is proof of that. Combining mournful, elegiac horn lines with irresistible grooves and atmospheric soundscapes, it bears the unmistakable and quintessential sonic stamp of Erik Truffaz – at the same time, though, it breaks new and exciting ground, especially in relation to trumpeter’s inspired collaborations with  Malian singer, Rokia Traore, whose magnetic presence and elegant, soulful vocals grace four tracks. The best song that she features on (though they’re all good) is the mesmerizing ‘Djiki’n,’ which possesses a gently undulating African groove. As satisfying as that performance undoubtedly is, it’s eclipsed by the moody instrumental, ‘Kudu,’ where Truffaz’s majestic horn rides a thrilling Fender Rhodes-driven backbeat that’s anchored by Marcello Giuliani’s trance-like bass line. Other highlights include the ruminative urban tone poem, ‘Fat City,’  the mellower, blues-infused ‘Pacheco’ which boasts a infectious hook, and the plaintive lyrical ballad, ‘Szerelem.’ In addition to Traore’s presence, French rapper, Oxmo Puccino, contributes his oleaginous tones to ‘Le Complement Du Verbe,’ rounding off what is unequivocally one of Erik Truffaz’s best albums yet. The trumpeter is due to appear at Ronnie Scott’s jazz club in London on Monday 21st and Tuesday 22nd March 2016 where he’ll be featuring tracks from this album.