ERIC LEGNINI and the AFRO JAZZ BEAT; The Vox (Discograph) 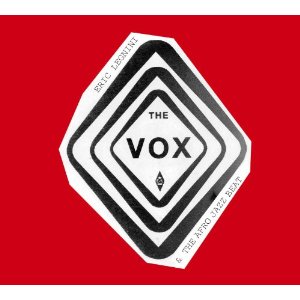 Eric Legnini is a Belgium born, classically trained jazz pianist. He lived and worked in New York in the 80s where, as well as extending his jazz credentials (playing with people like Kenny Garrett and Branford Marsalis), he developed an interest in hip hop, soul and funk… witness his recent album ‘Tripping’ – an unashamed tribute to the Meters. On this, his new album, Legnini works with his usual sidemen – Frank Agulhon (drums) and Thomas Bramerie (bass) but he adds a brass section and two guitarists – Daniel Romeo and Kiala Nzavotunga and together they meld jazz and soul in a pleasing mix of vocals and instrumentals. In places (as the band’s name implies) there’s also a   strong nod to British afro-jazz swing; this is chiefly down to Congolese Nzavotunga – a fervent disciple of Fela Kuti.

That flavour’s most obvious on the funky instrumental tribute to Barack Obama, ‘Black President’. Here the brass is strongly solid, but plenty of space too for Legnini’s clear piano – a kind of complex mix of Ramsey Lewis and Bob James. There’s the same feel to the playing on the album’s opening, title cut. The most interesting tracks though are the half dozen vocals – all featuring the London and Paris-based American, Krystle Warren. Her smoky, languid timbre calls to mind Carmen Lundy and she uses it to best effect on upbeat ‘Joy’. Elsewhere the predominant emotion is languor – witness the almost mystical ‘The Old And The Grey’. This one is based on a poem by the Jesuit writer Gerard Manley Hopkins and Legnini and Warren use his work in the same way as Van Morrison extended the writings of W B Yeats. ‘Rose Coloured Glasses’ is another broody builder; ‘On The House On The Hill’ is sad and sombre too … but somehow Legnini’s clear, precise playing brings a modicum of optimism to proceedings.