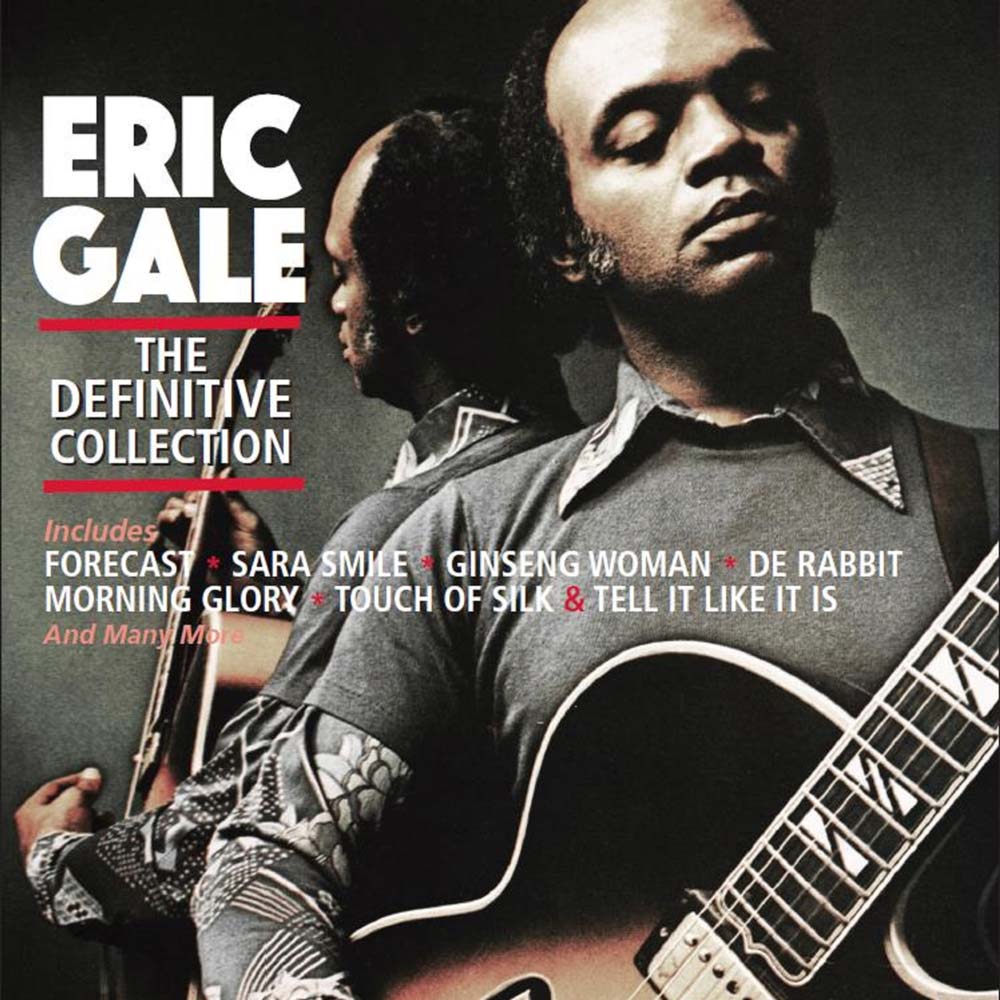 Eric Gale was a guitar genius. The musical equivalent of a polymath, he had perfect pitch and could play convincingly in an array of styles, ranging from jazz, pop, reggae, and rock to blues, soul and funk. Between the early 1960s and his death from lung cancer in 1994, he appeared as a sideman on hundreds of recording sessions, contributing to major records by artists as varied as Aretha Franklin, Paul Simon, Van Morrison, Billy Joel, Bob Marley and Quincy Jones. He was also a lynchpin of the ’70s fusion supergroup, Stuff, and made several notable albums under his own name. This excellent new 2-CD set brings together 27 tracks, which are mostly taken from his own solo repertoire but also includes three cuts from other sources (two are Stuff tracks – ‘Foots’ and ‘My Sweetness’ – while the other is ‘Tell It Like It Is’ by Stuff’s keyboard wiz, Richard Tee).

Gale had an immediately identifiable sound: a bittersweet, B.B. King-esque blues cry with an acerbic edge. He style was also very economical – almost minimalist, in fact – defined by a ‘less is more’ ethos. Eric Gale never overplayed – rather, every note he played fitted perfectly. His 1973 solo LP debut came for uber-producer Creed Taylor’s Kudu imprint – Gale played on a plethora of sessions for its parent company, CTI, as well – and you get four cuts from it here, including a lovely reading of Robert Flack’s ‘Killing Me Softly With His Song.’ After a solitary LP for Kudu, Gale was snapped up by Columbia and in 1976 released his most famous album, ‘Ginseng Woman,’ featuring a memorable title cut penned and produced by keyboard genie Bob James, who also helmed the guitarist’s second CBS platter, ‘Multiplication.’  There’s a goodly selection of cuts from those two albums here, which were stylistically very similar, and have a strong Bob James influence.

Gale’s third Columbia LP, ‘Part Of You,’ saw him teaming up with Ralph MacDonald as producer and was a tasteful collection of songs showcasing Gale’s eloquent guitar in a range of settings. The gentle title track, included here, demonstrated the guitarist’s ability as a master of melodic understatement while the more driving ‘Let-Me-Slip-It-To-You’ is a slice of brassy disco-funk.  His fourth and final Columbia album, ‘Touch Of Silk’ had Allen Toussaint in the producer’s chair and was more stripped back as a result. It also included the straight ahead, hard-swinging jazz groove, a remake Charlie Parker’s bebop classic, ‘Au Privave.’  It’s here, in a jazz trio setting with Charles Earland on organ, where Gale really demonstrates just how good his chops were. This collection ends with three cuts taken from Gale’s post-Columbia period, when he recorded for Elektra Musician in the early ’80s. They close what is a good, solid overview of Gale’s career during its peak years, though it’s shame that some of his contributions to Grover Washington Jr’s ’70s recordings didn’t make the tracklisting (especially Grover’s take on ‘Where Is The Love,’ which contained a Gale solo that the guitarist claimed was his favourite of everything he’d ever recorded). If you’ve never heard of Eric Gale, this is a fine introduction to his unique and much missed talent.