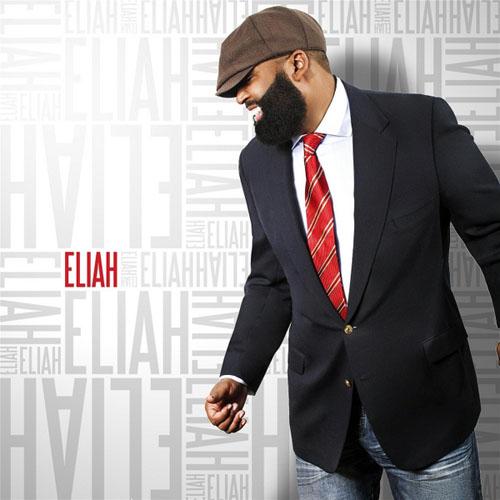 Born in Charlotte, North Carolina and raised on gospel, Eliah made his secular music debut in a group called Unique By Design, harmonising alongside someone called Anthony Hamilton. Decamping to New York, sweet-voiced Eliah , made a living singing BVs and sessions alongside all and everyone including one of his favourite groups, The Clark Sisters.

He returned to Charlotte to record this, his debut album – writing, arranging and producing all 12 songs himself and soul folk who’ve now discovered Gregory Porter could do worse than investigate here. Clearly Porter’s success has inspired Eliah – a quick glance at the album art work (head gear and big beard) will confirm this and musically he channels a similar sound –though without the jazz licks and flourishes that have become one of Porter’s calling cards. If you think of GP songs like ‘No Love Dying’ and ‘Water Under Bridges’ then that’s the sound that  Eliah’s aspiring to… though he’s not quite got there yet. His sound lacks the intimate resonance of Gregory Porter, but it still has considerable charm – think of a cross between Will Downing and the aforementioned Anthony Hamilton (with just a dash of neo-nu soul maybe) and you’d be getting near to Elaih’s sound.

Sample it at its best on ‘Something’ – a quite lovely, mid-tempo soul groove prefaced by a reflective spoken intro courtesy of someone who rejoices in the name Curtis Mayfeel. ‘Hold On’ is another album highlight. This one features a sweet keyboard riff and a pleasing melody while ‘Ebony’ stands out too if only for its simple guitar accompaniment. Will Downing fans, would, I’m sure do a double take on hearing ‘Every Single Time’ – could be a Downing outtake and one of many down tempo tunes on the set. And therein, I think, lies the problem with this long player. Everything it seems is stuck in the same gear and tracks tend to meld into each other. Few chances are taken and maybe it might have been worth having a stab at a tried and tested cover (remember what Porter did to ‘The In Crowd’); that said our man’s worked a decent debut and his name’s worth remembering. Find out more @ www.eliahsoul.com