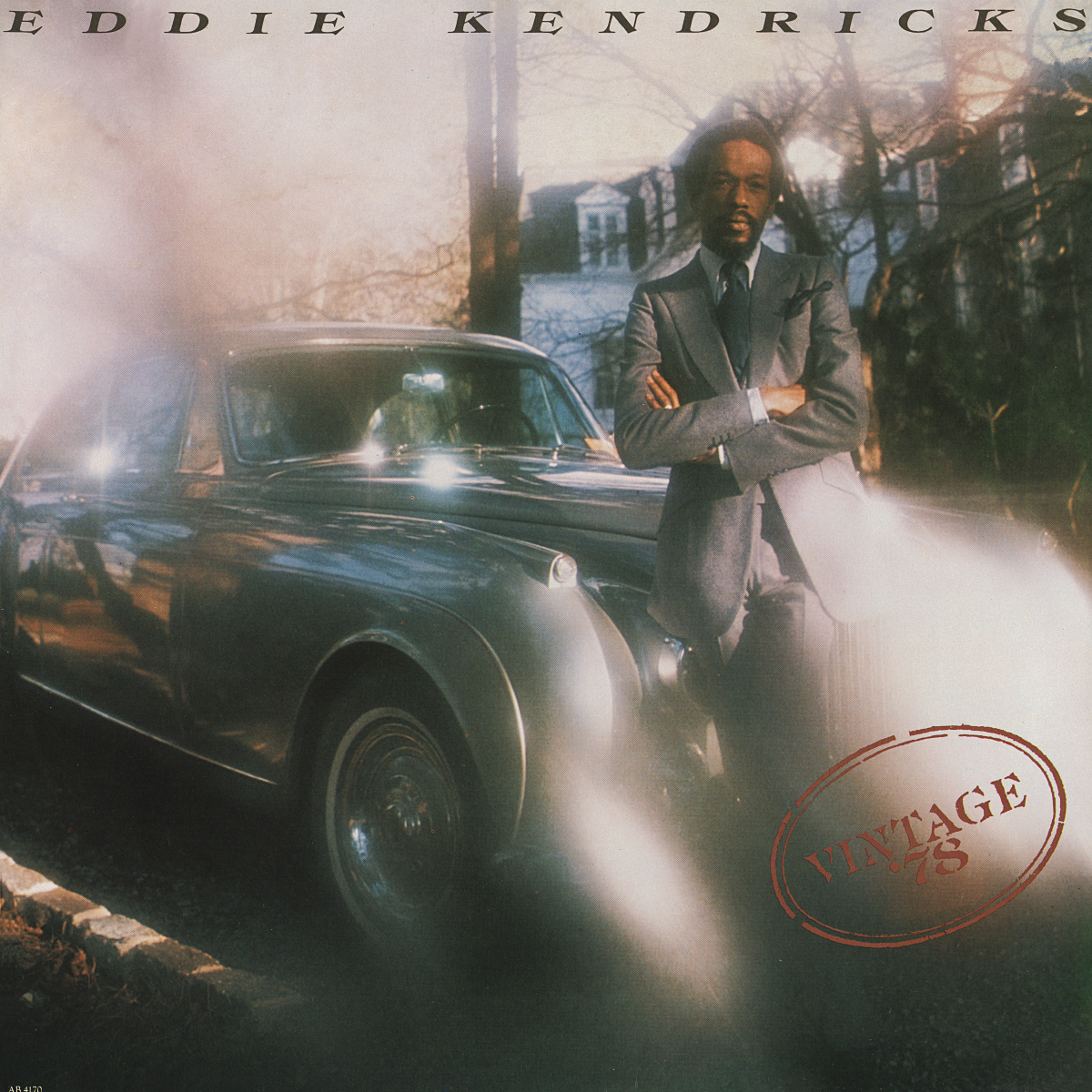 The sweetly-soulful falsetto foil to raspy-voiced David Ruffin in the original incarnation of the Temptations, Eddie Kendricks quit the Motown vocal quintet in 1971, three years after Ruffin had been replaced by Dennis Edwards. Alabama-born Kendricks stayed with Motown to launch his solo career, and scored seventeen US R&B hits (including three number ones) for Berry Gordy’s label between 1971 and 1978 before leaving for Clive Davis’ Arista imprint where he released his debut LP for the company, ‘Vintage ’78,’ later the same year.

Kendrick’s short tenure with Arista – he only stayed for two albums before departing to Atlantic – tends to be eclipsed by his longer Motown stay. That’s understandable, given the number of hits that the Birmingham-born singer racked up for Berry Gordy’s label in the early ’70s, but as this fine reissue reveals, Kendricks was still making solid records away from Detroit, though they often didn’t get the attention they deserved. ‘Vintage ’78’ (the first of two albums for Arista) adheres to a similar formula that characterised the singer’s Motown output, blending propulsive disco grooves with plaintive, storytelling ballads. Kendricks is at his most expressive on the latter and on this particular album, the pleading ‘Your Wish Is My Command,’  ‘Maybe I’m A Fool To Love You,’ and the elegant ‘The Best Of Strangers Now’ (the latter a Top 50 R&B hit) stand out as shining examples of the singer’s gift for balladry. The biggest hit from the album was ‘Ain’t No Smoke Without Fire,’ a thumping, richly orchestrated disco groove over which Kendricks’ seraphic voice floats sublimely, punctuated by earnest female background vocals. Also on the dance front, ‘Whip’ impresses with its mirrorball energy, anthemic chorus, and blend of sinewy bass line and blaring horns. While it’s not an absolute, indispensable classic, it is, nonetheless, a solid, enjoyable set that’s well worth hearing, especially if you’re an aficionado of ’70s soul.