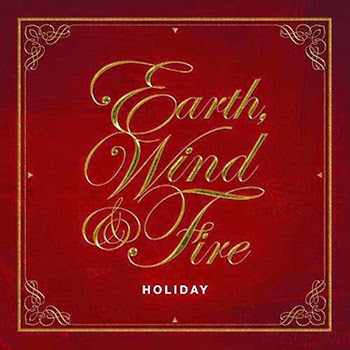 The mighty Earth Wind And Fire burst out of Chicago in 1969 and after some early tweaking and personnel reshuffles the ensemble became one of THE great soul bands of all time. My reference books tell me that EWF are actually America’s seventh top-selling musical group ever and that they’re members of both the Rock And Roll Hall Of Fame and the Vocal Group Hall Of Fame. They own eight Grammys, four American Music Awards and the Soul Train Legend Award; but, of course, statistics are only part of the story. EWF have crafted some of the most joyous, uplifting soul of all time and proper soul fans hold them dear to their hearts, cherishing the memories that songs like ‘That’s The Way Of The World’, ‘Reasons’ , ‘After The Love Has Gone’, ‘September’, ‘Let’s Groove’ and ‘Boogie Wonderland’ bring back. Time and egos have ravaged the one time nine piece. The band is now essentially a trio and Philip Bailey, Verdine White and Ralph Johnson work manfully to keep the brand alive. They tour regularly and still record and this, their latest offering, is their version of the Christmas album.

For reasons never explained (cash in?), most artists across all genres feel the urge to record at least one Christmas album and it’s a notoriously difficult thing to pull off ; anyway, to cut straight to the chase here EWF have failed. Why? Well, in a nut shell, it just doesn’t sound right. Apart from the song titles – chestnuts like ‘Joy To The World’, ‘Sleigh Ride” and ‘The First Noel’ – there’s hardly a whiff of Christmas about proceedings. The songs are embellished with trademark EWF horns, familiar soaring harmonies and the shifting rhythms that EWF were known for but it all seems to work against the spirit of the songs – giving them almost alien shading. For instance ‘Winter Wonderland’ is given a ‘Boogie Wonderland’ makeover while band classics like ‘September’ and ‘Happy Feelin” are recreated as ‘December’ and ‘Happy Seasons’ respectively and all three end up being neither one nor the other.

In essence that the problem. What sets out to be a Christmas album doesn’t sound like one. It sounds like an EWF album, but, because of the nature of the songs, it isn’t.