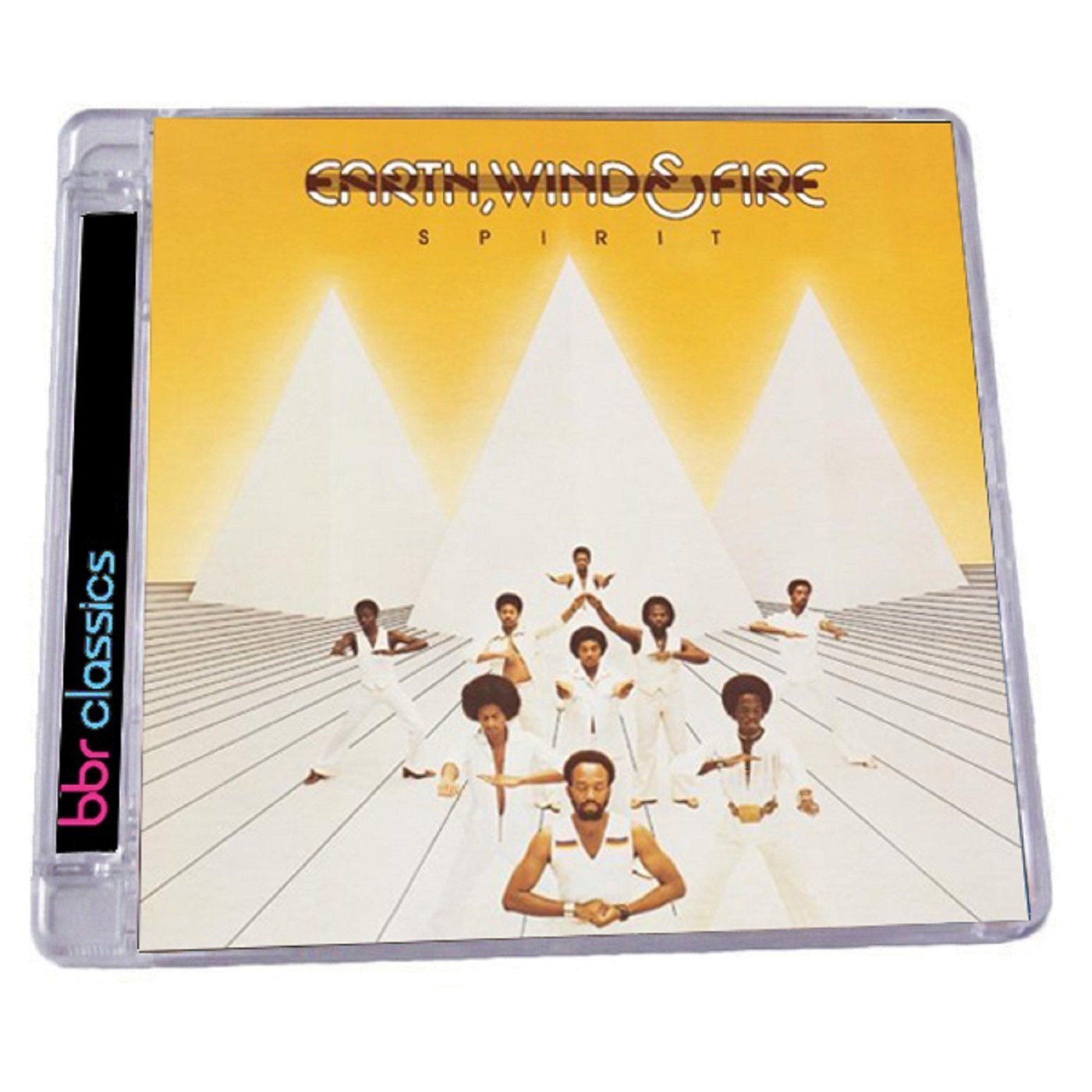 Earth, Wind & Fire were already on a roll when this, their seventh album – and fifth for Columbia – was issued in 1976. Though it yielded some big hit singles – namely US R&B chart-topper ‘Getaway’ and ‘Saturday Nite’ – it’s an album that tends to get overlooked in the band’s canon; perhaps because the albums that were released before and after it were more successful in terms of sales (‘Spirit’ stalled at #2 in the US whereas ’75’s ‘Gratitude’ and ’77’s ‘All ‘N All’ both spent several weeks at pole position in the American R&B albums chart). But it was a significant LP in that it was their last helmed by producer/arranger Charles Stepney, whom the band’s leader, Maurice White, had known from his days as a session drummer at Chicago’s Chess label. Stepney worked on the album as a co-producer with White but died aged 45 before it was released (the band understandably dedicated the album to him).

If Stepney’s untimely death meant that EW&F had to move forward without the man that had guided them and had a crucial input on their approach to album-making since ’74’s ‘Open Our Eyes,’ then ‘Spirit’ showed that they were strong enough to stand on their own without their mentor. In short, they had come of age. They had already forged a unique sonic identity by the time that ‘Spirit’ had landed, melding funk, soul, jazz, Latin and African-inspired sounds into a seamless and homogenous whole.  Kicking off with the infectious turbo-charged funk of ‘Getaway,’ the album is a stunning showcase for the versatility of EW&F. As well as cosmic funk and hedonistic party anthems (‘Saturday Nite’), there are celestial ballads – ‘Imagination’ fronted by Phillip Bailey’s seraphic falsetto – deep mid-tempo grooves (the title track), atmospheric vignettes (‘Departure’), and blistering jazz-funk instrumentals (‘Biyo’). The excellent closer, ‘Burnin’ Bush,’ with its biblical connotations and gospel undertones, is a groove-based feel-good anthem that is a close cousin to their ’75 anthem, ‘That’s The Way Of The World.’

This fabulous new expanded reissue is bolstered with nine bonus cuts, ranging from alternative mixes and single versions to the more exciting prospect of non-album cuts (‘Seraphim,’ and ‘African Symphony’). An album well worth revisiting.