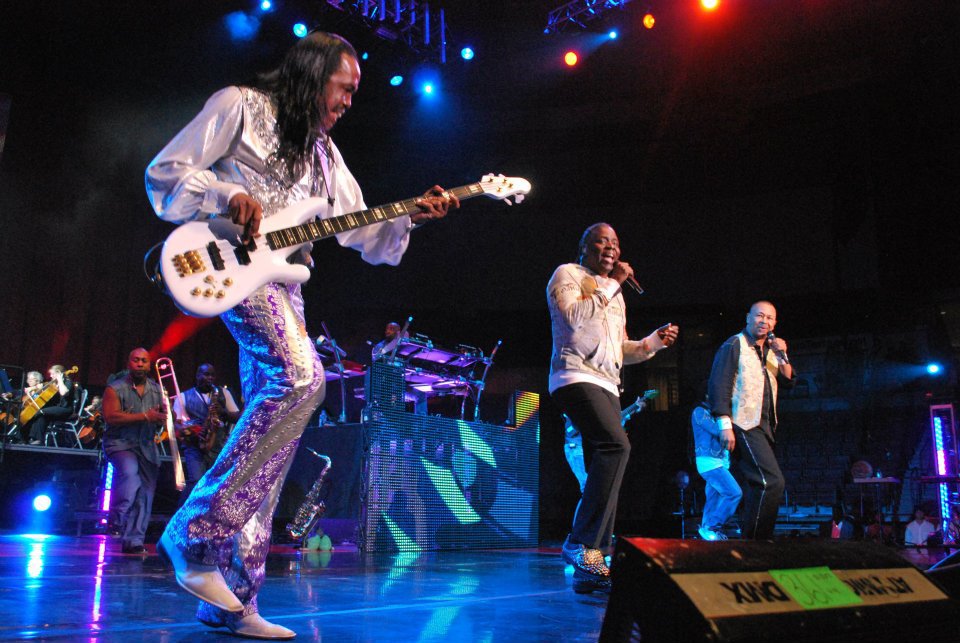 While it’s an indisputable fact that only three members of the classic ’70s incarnation of this legendary band remain (Philip Bailey, Verdine White and Ralph Johnson), it was clearly apparent on witnessing this wonderful concert in Rotterdam that the original spirit, core musical values and one-world ethos of the group that the late Maurice White first formed in 1970 still happily exists.

Though they’re still making new records (though admittedly, they’re not as good as their old ones), Earth, Wind & Fire’s one-hour-fifteen-minute set was really a crowd-pleasing exercise devoted to their greatest hits. In time-honoured EW&F tradition, they began with an instrumental overture that was a seamless medley of the ’70s funk juggernauts, ‘Africano’ and ‘Power,’ which allowed the band – and in particular, the horn section – to exercise their impressive chops. Indeed, the band set the benchmark for slick, super-tight jazz-tinted funk grooves in the ’70s and forty years later they remain peerless. The vocals were immaculate – Phillip Bailey can still hit those seraphic high notes – the horn section was tightly-disciplined but also extraordinarily flamboyant when they needed to be, and the rhythm section (driven by Verdine White’s propulsive bass lines) performed like the sonic equivalent of a turbo-charged Lamborghini. It was like poetry in motion. The dance hits came thick and fast – ‘Boogie Wonderland,’ ‘Sing A Song,’ ‘Serpentine Fire,’ ‘Saturday Nite’ and numerous others – followed by meditative, uplifting anthems such as ‘Keep Your Head To The Sky’ and the glorious ‘That’s The Way Of The World’ before a climactic finale featuring the uber-hits ‘September’ and ‘Let’s Groove.’  This was proof, if proof were needed then, that Earth, Wind & Fire remain (to quote one of their classic songs) ‘ever wonderful.’