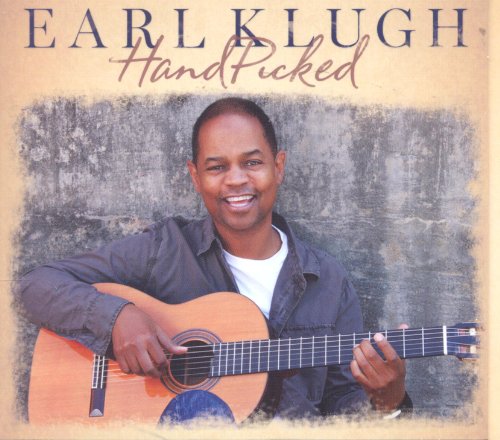 Acoustic guitarist Earl Klugh was there right at the start of the whole smooth jazz thing. Indeed some of his early recordings like ‘Living Inside Your Love’ helped to define the genre. For his latest long player Klugh offers his third largely solo set – following on from the success of similar projects – 1989’s ‘Solo Guitar’ and 2005’s Grammy-nominated ‘Naked Guitar’.

‘Hand Picked’ is a very elegant 16 tracker that is… well… typically Earl Klugh. Elegantly understated, it’s relaxation personified with the guitarist out on his own on 13 of the cuts. Covers of ‘Alfie’, ‘Cast Your Fate To The Wind’ and ‘If Fell’ blend seamlessly with Klugh originals like ‘In Six’, ‘Where The Wind Takes Me’ and ‘This Time’ … gentle and soporific all.

The three collaborative tracks feature respectively Bill Frisell, Jake Shimabukuro and Vince Gill. Frisell’s electric guitar adds tone and colour to a jaunty version of ‘Blue Moon’ while ukulele player Shimabukuro trades light licks with Klugh on a mournful version of the Eagles’ ‘Hotel California’. Stand out though is the Vince Gill collaboration – a version of the Everly Brothers’ timeless ballad ‘All I Have To Do Is Dream’. Country star Gill was originally contracted to just add his guitar but during the recording he broke into song on the chorus and his efforts were retained… adding something a little different to a lovely album.