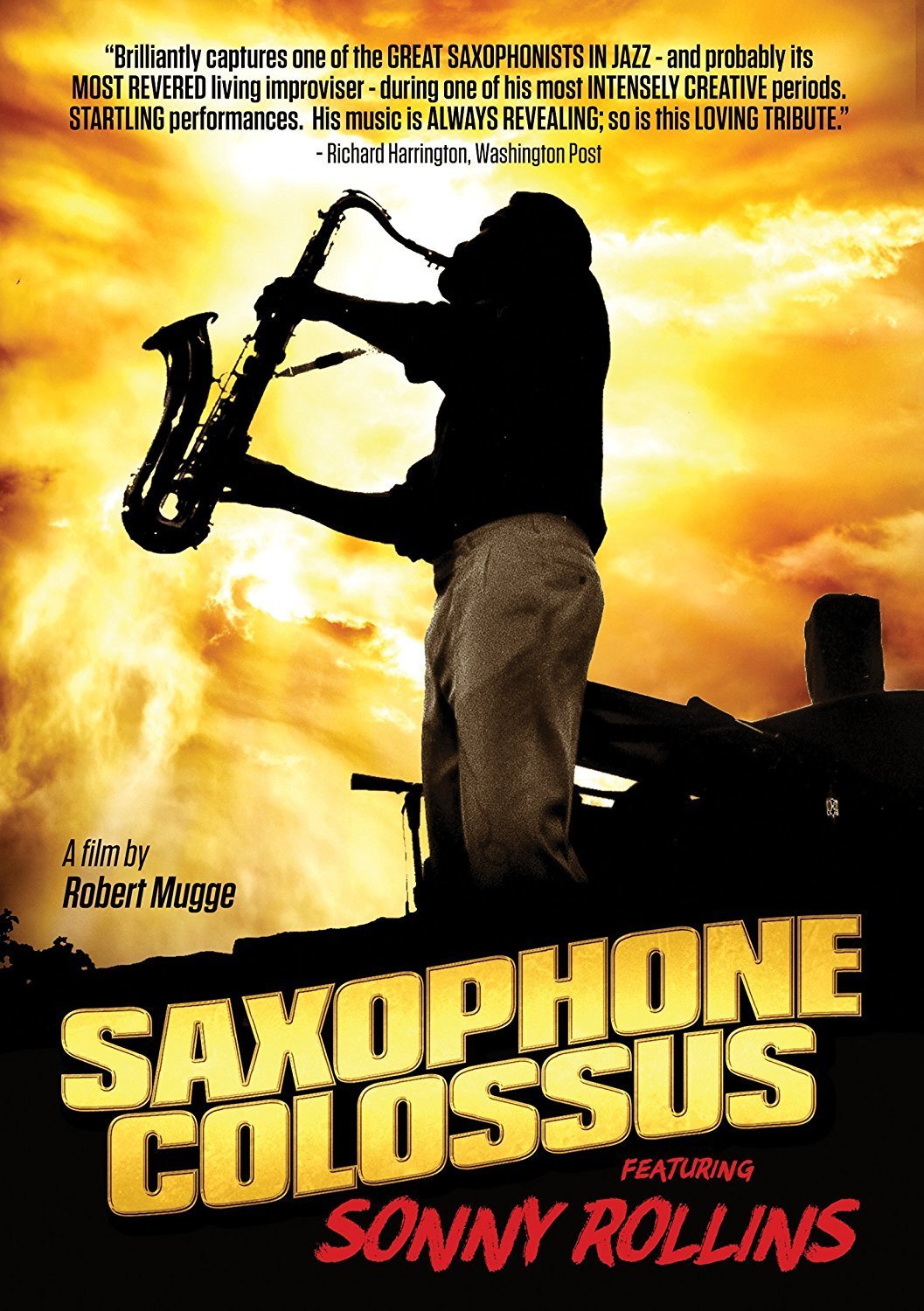 Noted Chicago-born filmmaker, Robert Mugge, is renowned for the honesty of his music documentaries – his subjects have ranged from Robert Johnson and Zydeco music  to Gil Scott-Heron and Sun Ra – and in 1986, he brought his unique, informal style to bear on a portrait of jazz legend, Sonny Rollins, who was then 56-years-old. It mixes in-concert footage of Rollins and his band together with talking head contributions from the saxophonist himself (who talks to the camera alongside his late wife, Lucille, from a New York park bench) and several noted US jazz critics (among them Gary Giddins), who attempt to define Rollins’ contribution to jazz and his place within it.

The film opens with Rollins playing live on a summer’s day in a sculpted quarry in a New York park. He’s captured doing a fifteen-minute track called ‘G-Man’ and with its cascade of melodies over a swinging backbeat, it shows exactly why Rollins is considered one of jazz’s greatest ever improvisers. It proves to be quite an intro and leads into Rollins talking about his life. He comes as across as a thoughtful, articulate man, who despite being burdened with the nickname ‘Saxophone Colossus’ at an early age, appears to be an exemplar of modesty.

Rollins talks with candour about his life, refusing to gloss over or ignore his drug addiction in the 1950s, which he eventually got over. His abiding addiction, though, remains music. Talking of his relationship with the tenor saxophone, he quips “it’s almost closer to me than Lucille.” Lucille, though, who became his manager as well as wife, showed a greater understanding of Rollins and his obsession with music than some of his previous partners (“one of them broke up my saxophone when she was mad at me” he reveals).

Later in the documentary, Mugge and his camera team follow Rollins to Japan where he rehearses then premieres a specially-commissioned large ensemble suite, ‘Concerto For Saxophone & Orchestra.’ The four-part composition has never been commercially available so it’s a treat for Rollins fans to hear this rarely-heard work in its entirety.

Sadly, Rollins, who is 87 now, ceased performing due to health problems in 2012 but for those who want to witness him playing in his prime, then this DVD (which is remastered in 4K and includes an updated bonus feature commentary by Robert Mugge) will provide a lot of satisfaction. It’s an insightful  and enjoyable portrait of one of the last true jazz greats from the idiom’s golden age.