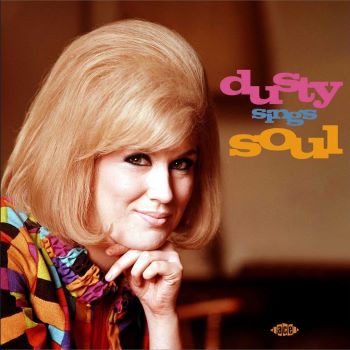 By common consent, Dusty Springfield is the finest female singer these islands have ever produced. If you doubt that assertion, grab a listen to this wonderful new retrospective from Ace Records. As the title suggests, the collection offers Ms Springfield’s’ versions of classic American soul songs. The compiler, Tony Rounce, hesitates to call them “covers” as he claims that a “cover version” is a recording made in direct competition  to  an original version. Dusty never wanted to compete with the American versions. She had too much respect for the singers whom she revered and simply wanted to spread the word about the beauty of the music they’d crafted. Consequently, most of these 24 tracks originally appeared on albums or as B sides – never in direct competition to an original release. The only exception here is her magnificent reading of Burt Bacharach/Hal David’s ‘I Just Don’t Know What To Do With Myself’. Tommy Hunt’s equally magnificent original version inexplicably flopped  and after meeting with Bacharach on her first US visit, the writer persuaded her to record it and it went on to be a 1964 UK top 3 hit!

That song, of course, is a stunning, emotional ballad with Dusty’s yearning vocal forever pulling at even the tightest of heart strings and this album offers plenty more of the same. Ballad highlights include versions of Baby Washington’s ‘That’s How Heartaches Are Made’, Darlene Paul’s ‘All Cried Out’, The Honeybees’ ‘Some Of Your Lovin’’ Maxine Brown’s ‘Oh No Not My Baby’  and Pat Thomas’s ‘I Can’t Wait  Until I See My Baby’s Face’. Without wishing to sound provocative, I’d contend that dear Dusty’s versions match the soulful quality of the originals – and in some cases surpass them.

‘Dusty Sings Soul’ also offers plenty of more up-tempo numbers like ‘Can I Get A Witness’, ‘Won’t Be Long’, ‘Ain’t No Sun’ Since You’ve Been Gone’ and ‘Love Power’ on which she testifies as powerfully as the original artists  – she may not have had a gospel background, but she was brought up a good Catholic!

Interestingly, in 2003 UME/Spectrum released a similar album. ‘Dusty Sings Classic Soul’ and though there is some track overlap, this new set digs out plenty that didn’t make it to that 2003 album. In 2014, Ace themselves released ‘Dusty Heard Them Here First’ – a 24 track collection of original versions of songs later recorded by Dusty. Again some overlap, but still plenty of variety. It’s a great set to compare and contrast.

Between them, those two collections and this new one prove our original assertion up top. If you’re still not sure  and don’t have too much  time to try to be convinced – just play one track but  make it ‘Some Of Your Lovin’’ . Honestly , you will become a believer!