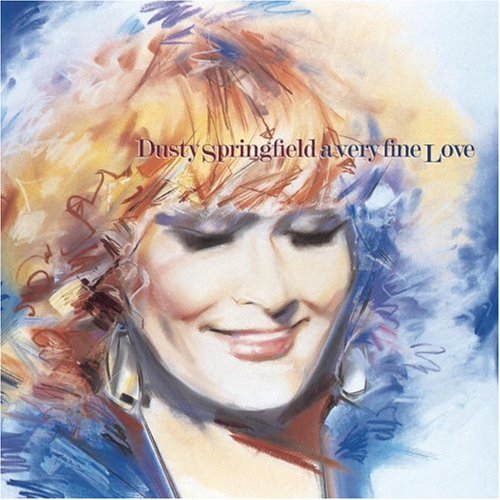 Dear Dusty Springfield, by common consent she was the finest female soul singer these sceptred isles have ever produced. After quitting the folksy Springfields, throughout the 60s and 70s she released a clutch of records that stand comparison with anything recorded by the so called bona fide, Stateside soul divas. Indeed her remarkable ‘Dusty In Memphis’ is often cited as one of soul’s finest albums of all time.

Sadly, like her personal life, Dusty’s career trajectory sometimes resembled a roller coaster. A late career high was the collaboration with the Pet Shop Boys but by the mid 90s she was in another lull exacerbated by her own poor health. By 1995 though she was ready to record again. So with producer Tom Shapiro, Dusty decamped to Nashville to record what was to be her 15th studio album. The set, echoing the aforementioned classic ‘Memphis’ album, was to be called ‘Dusty In Nashville’ but her label execs felt that that title sounded “too country” and might put off prospective buyers and radio play-listers, so when the 10 tracker finally came out in June ’95 it was called ‘A Very Fine Love’, named for the catchy, poppy/soul ‘Very Fine Love’ that was sequenced on the LP as track 2. It remains an album highlight on this new, expanded reissue from boutique label, SFE. Another album highlight is the sultry, almost bluesy ‘Where Is Woman To Go’ which features KT Oslin and Mary Chapin Carpenter on backing vocals.

The album’s other chief guest is Daryl Hall. He duets with Dusty on the Dianne Warren-penned ‘Where Would I Be’… which, when released as a UK single, became Dusty’s last chart hit, albeit a modest one. Indeed sales of the album were modest too and with this reissue you might want to try and work out why. Despite her failing health (Dusty was diagnosed with breast cancer doing the recording), Dusty sings as well as ever. Maybe the songs lack a little magic, maybe things are a little too lightweight for a great soul singer… whatever, it’s good to have the album (Dusty’s final studio recording, by the way) readily available and as with most reissues there are special extras. Here you get Dusty’s solo version of the aforementioned ‘Wherever Would I Be’, the Walter A mix of the song , an interview with Dusty and (on a separate DVD) two promotional videos.