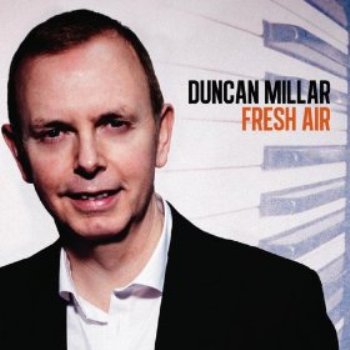 UK pianist Duncan Millar has a hugely varied musical CV. The Londoner was brought up on jazz and numbers people like Herbie Hancock, Bill Evans and Chick Corea as big influences. His passion for jazz eventually took him to the famous Berklee Jazz College. Back in London, Duncan went on to work with people like Geno Washington and Paul Weller before forming his own Blue Mercedes band (you may remember their ‘I Want To Be Your Property’?). From there Millar moved into dance music and is credited with having the first release on the Positiva label. A dalliance with Acid Jazz then took chameleon Millar back to his first love – jazz. He cut two acclaimed smooth jazz albums for New York’s Instinct Records and tracks from both LPs became mainstays of Jazz FM’s playlist.

After a Sabbatical year or two Duncan Millar’s recently released this new album which continues the smooth jazz trajectory of his two previous sets. All the tunes are self-penned, allowing Duncan to explore his love of vintage instruments like the Fender Rhodes and the Wurlitzer electric piano. The only vocal on the album is the closer, ‘Get What You Give’ – a spacey ethereal cut. It’s not a full-on vocal; Dennis Charles does little more that coo the title at intervals but the cut has considerable charm and Millar is abetted by great input from Alex Bonney’s trumpet – and that’s one of this album’s big pluses. Millar has some great sidemen with him (Jacko Peake’s sax is a delight throughout) and much the same players feature on each cut giving the album a real consistent sound. The sound is the sound of classic smooth jazz. Sure, there’s nothing here that’s too demanding (Millar never intended it to be) but it’s all easy on the ear and infested with plenty of instrumental ear-worms – like ‘Buenas’, ‘As Lovers Do’ and the LP’s title cut. Easy to hear why Duncan chose this one to go out front… it’s a great summation of his sound.

Reference points for Duncan Millar would be Shakatak and Paul Hardcastle and fans of both could do worse than check out this album. Do so @ www.duncanmillar.com