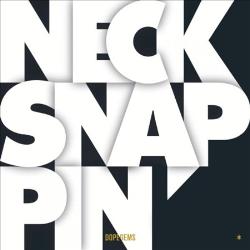 Dope Gems are a French five piece – Slikk Tim (drums), Greg F (guitar), Yragael Unfer (vibes), Giuliano Veludo (keys) and Emmanuel Harang (bass). Their motto is “Don’t ever fake the funk” and this new 10 tracker sees them keep religiously to that maxim. ‘Neck Snappin”, you see, is filled with a fierce and loose funk that will take you right back to the 70s – the early days of CTI and the heyday of Blaxploitation. The five musicians came together through their mutual love of rare 70s funk and when it came to performing and recording they decided to get straight to the point; rather than create new tunes based on the past, they decided to revisit that magical land and put their own spin on the tunes they’d grown to respect and revere. What they’ve created therefore isn’t the faux retro which is currently a soul and funk vogue; rather Dope Gems authentically recreate the genre via covers so that you might be forgiven for thinking you’d stumbled upon a long lost Johnny Lytle or Bobby Hutcherson album or maybe an obscure Blaxploitation B-movie soundtrack .

The quintet set out their stall from the off with a nine minute ‘Condor Redux’. The tune is actually Dope Gems’ reworking of the theme to ‘3 Days of The Condor’ and it’s an epic opener. It begins in slinky style – almost ethereal – with some magical vibes from Unfer. Midway through, the mood changes as the players give free rein to their funk passions before they allow the earlier atmosphere to re-establish itself. It’s a difficult tune to come to grips with – much more accessible are the lovely covers of ‘One Night Affair’ and ‘Footsteps In The Dark’… more great Unfer vibes, Roy Ayers would be proud of either recording.

Much more unbridled are cuts like ‘Like A Thief In The Night’ and the bassy ‘Solstice’. Neither will appeal to the modern soul collector; they’re just too tough and rough. Neither will they appeal to jazz purists. They bridled at jazz funk back in ’72 and they sure won’t get it today either, but if you have adventurous ears and the taste for committed, energized musicianship you could do worse than check out Dope Gems.