DONNA SUMMER: ‘Donna – The CD Collection’ (Driven By The Music) 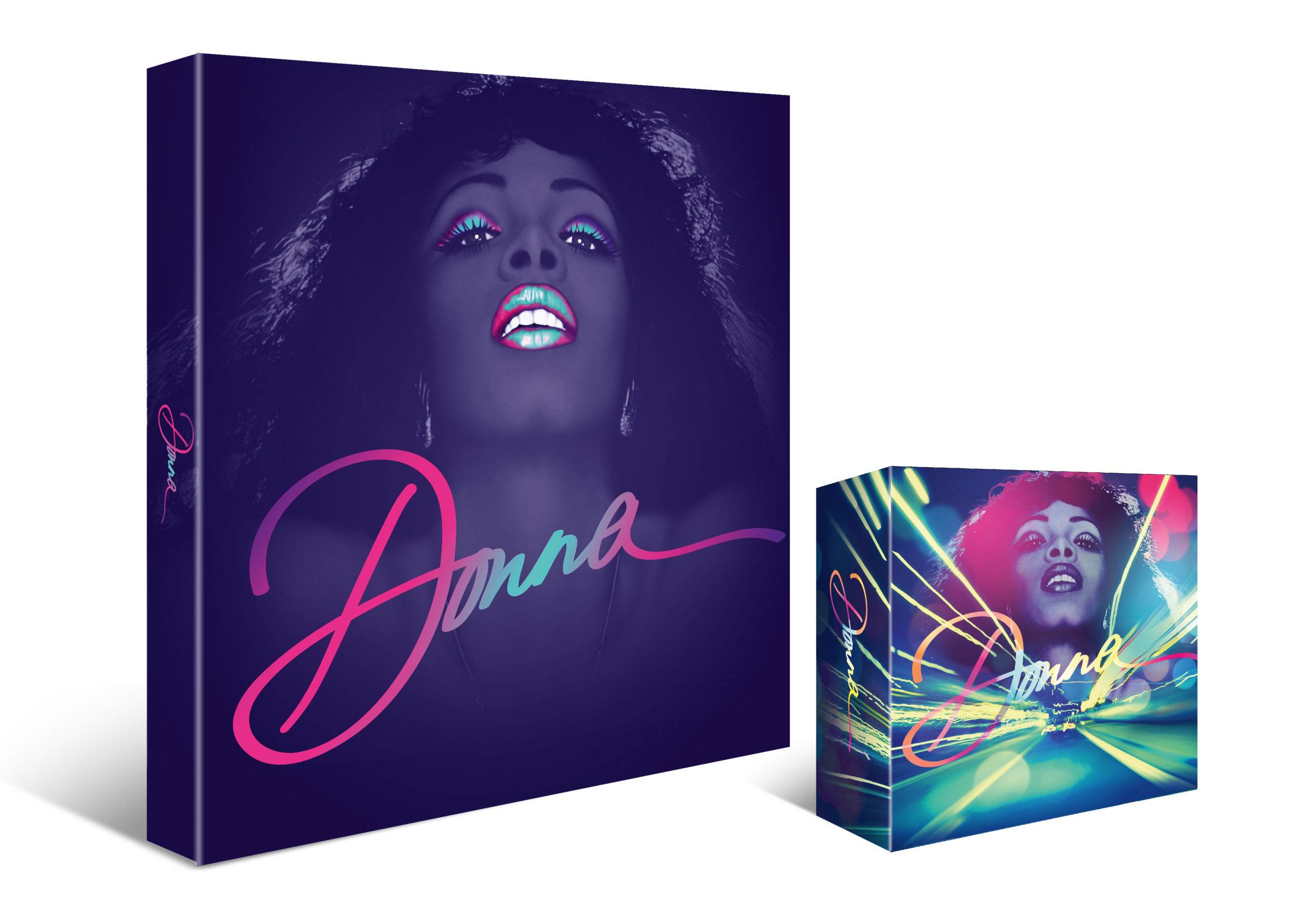 This superbly-curated and beautifully-presented 7-album box set (available in vinyl or CD format) comprises all of the albums that the late Donna Summer recorded for music mogul David Geffen’s eponymous label when she joined it after a fractious split from her previous recording home, Casablanca. It was at Neil Bogart’s Casablanca imprint, of course, that the Boston-born chanteuse scored her biggest hits between 1975 and 1980, getting crowned the ‘Queen of Disco’ in the process. But in 1980 disco was considered passé and there was a fierce backlash (the ‘Disco Sucks’ movement) that halted the mirrorball momentum. In response to that, Donna Summer desired to branch out stylistically but fell out with Casablanca, who wanted to keep her recording in a disco vein. The two parted ways but not without recriminations and lawsuits. Summer signed to Geffen in 1980 and released ‘The Wanderer,’ her debut long player for her new label. It’s the lead off album in this set which also features the singer’s subsequent Geffen LPs; ’81’s ‘I’m A Rainbow’ – which was shelved and didn’t see daylight until ’96 – ‘Donna Summer’ (1982), ‘Cats Without Claws’ (1984), ‘All Systems Go’ (1987) and ‘Another Place And Time’ (1989) plus the one-off Atlantic LP, ‘Mistaken Identity’ (1991).

For many of Summer’s fans – even the most hardcore – ‘The Wanderer’ was a profoundly disappointing album. Though it was helmed by Giorgio Moroder and Pete Bellote – the European production team that had given her biggest hits for Casablanca – it found the singer heading for new musical vistas. Though she had pioneered electro disco four years earlier with ‘I Feel Love,’ dance tracks were conspicuous by their absence on ‘The Wanderer.’  Instead, Summer served up a eclectic platter of rock, New Wave and pop-tinged material that yielded a solitary US Top 20 hit in the shape of the title track.

While the radical change of style was a brave decision by Summer, its failure to emulate her past commercial success prompted a re-think that resulted in 1981’s ‘I’m A Rainbow,’ a sprawling double LP masterminded by Moroder and Bellotte. Inexplicably, though, Geffen didn’t want to release it and the album was canned, languishing in the vaults for many years. Ironically, though, it’s the most interesting and engaging album in this box set and really shows off Summer’s artistry with the material ranging from slick dance grooves (‘True Love Survives’ and the futuristic ‘People Talk’) to emotive ballads (‘The Woman In Me’). First issued a single CD in 1996, this new version has been expanded to a double CD that recreates the original sequencing and concept of the album.

With ‘I’m A Rainbow’ canned, Geffen put Summer in the studio in 1982 with uber-producer Quincy Jones. The end result, ‘Donna Summer,’ was a terrific LP that featured the hit ‘Love Is In Control (Finger On The Trigger)’ and the transcendent groove ballad, ‘State Of Independence.’ The new expanded edition features several bonus remixes of the album’s hits plus the non-album outtake ‘Sometimes Like Butterflies.’

Summer’s next Geffen album – which followed 1984’s ‘She Works Hard For The Money,’ a one-off LP for Mercury, the parent company of Casablanca for whom she owed an album – was ‘Cat Without Claws,’ which melded rock and pop and whose production was dominated by synthesisers and drum machines. It was helmed by Michael Omartian, producer of the mega-successful ‘She Works Hard For The Money,’ but they couldn’t quite recreate the magic of that previous album.

Three years later and Summer was back with her first US Top 10 R&B hit in four years with the brilliant Brenda Russell song, ‘Dinner With Gershwin,’ the standout cut from the singer’s ’87 LP, ‘All Systems Go.’ Seven bonus cuts (single remixes, edits, extended versions and an outtake called ‘Tearin’ Down The Walls’) are appended to the original album for ther new reissue.

Two years on from that and Summer – still seeking to emulate her former glories – hooked up with the phenomenally-successful UK production trio, Stock-Aitken-Waterman, on ‘Another Place And Time.’ Though decried by soul fans for its blatant commerciality and overt pop slant, it yielded the chart-topping UK single, the infectious dancer, ‘This Time I Know It’s For Real.’ This new remaster has been expanded to a 3-CD set with CDs 2 and 3 comprising a plethora of different mixes, including some by noted ’80s remix duo Clivilles & Cole. Despite its archetypal late-’80s production values, the album actually stands up well today, presaging the slick, machine-tooled style of 21st century pop.

‘Mistaken Identity,’ the final album in the box captures Donna Summer in 1991 when she was signed to Atlantic and teamed up with then in-vogue producer, Keith Diamond. Marrying tough electro dance grooves with street funk – and even a soupçon of rap – the album was a commercial flop even though it yielded a Top 20 US hit with ‘Love Cries’  (another single, the pulsating dance groove, ‘Work That Magic,’ was minor UK chart entry). Remixes of both singles can be found on the new reissue. Listening to the album with 21st century ears, it’s a much better set than I remember and perhaps due to its disappointing commercial faring and resultant low profile has been unjustly overlooked over the years.

Accompanied by detailed contextual liner note essays featuring interviews with some of the key personnel from all of the relevant albums, this box set offers a fascinating portrait of a singer/songwriter trying to redefine her style in the 1980s in an attempt to establish herself as a serious artist. Not all of the albums hit the spot but Summer’s courage, uncompromising artistry and pioneering spirit shine through to make the experience an enthralling journey into sound. And for those that would rather cherry pick individual albums to investigate, each of the constituent titles is available separately in expanded format. It’s a win-win situation then, especially in regard to the lost treasure, ‘I’m A Rainbow,’ an album that definitely deserves a wider audience.