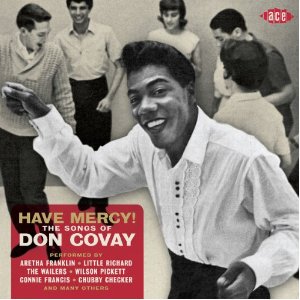 Don Nix is hardly a household name amongst the soul fraternity – nevertheless he played an important part in the evolution of Southern soul and the solo records he went on to make in the 70s have long been collectors’ items.

Nix was born in Memphis in 1941 and as a teenager he and his brother, Larry, became immersed in the city’s vibrant music scene. Larry went into music studio engineering (eventually landing jobs with Stax and Ardent) while Don took up the saxophone. He was soon so proficient that two youngsters – Steve Cropper and Donald Dunn – invited him to join a band they were forming – The Mar-Keys. Nix was there on all the Mar-Keys early recordings including the seminal ‘Last Night’ but when the group splintered into Booker T and the MGs and The Memphis Horns, he moved over into production though he still featured as a sideman on numerous Stax sessions. As a producer he worked with people like Albert King, Joe Cocker, Delaney and Bonnie, George Harrison and, more importantly Leon Russell who brought him to Shelter Records as an artist.

The pair decamped to the legendary Muscle Shoals Sounds Studios and started recording with that studio’s legendary rhythm section – Wayne Perkins, Jimmy Johnson, David Hood, Roger Hawkins, and Barry Beckett. Don’s old pal “Duck” Dunn also turned up to lend his support as supplementary bassist. The music the team recorded was issued in two 1971 albums – ‘In God We Trust’ (released on Shelter Records) and ‘Living By The Days’ (issued by Elektra)… and it’s that Elektra set that’s reissued (for the very first time) here by Real Gone Music.

You’d be hard pressed to call the 9 tracker a soul album. The music encyclopaedias pigeon-hole it as “Americana” – a categorization borne out by the cover –which shows Nix sporting a Confederate Army cap, but there’s a soulful undertow to proceedings thanks to the vocal support of the Mt Zion Gospel Choir; they considerably beef up Nix’s thin and reedy vocal performances. Eight of the nine songs are original compositions; the only cover is rambling version of Hank Williams’ ‘I Saw The Light’ which comes complete with a home- spun spoken intro from Nix’s old friend, the bluesman Furry Lewis. There’s an intensity to the track (and indeed the whole album) that will remind you of contemporary work from people like Delaney and Bonnie, The Band, Leon Russell, Joe Cocker and George Harrison. Yes, not a soul album “proper” – but an important artefact in its evolution.