DON BRYANT: Don’t Give Up On Love (Fat Possum) 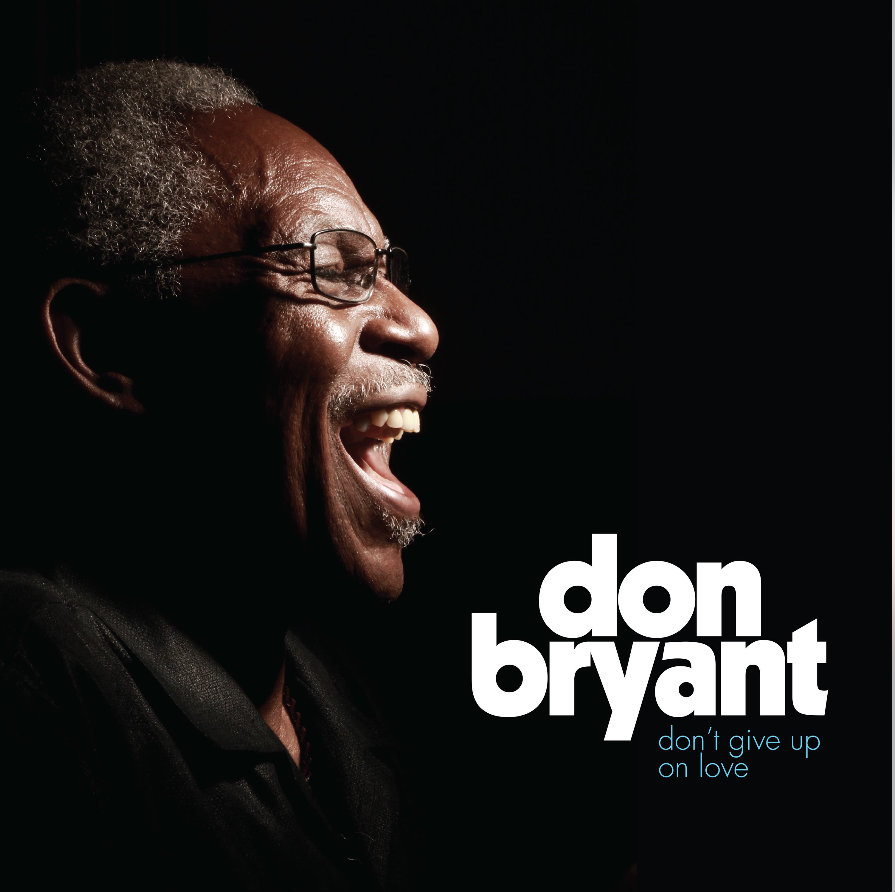 Southern soul man, Don Bryant is unknown in the music mainstream, but to proper soul fans he enjoys legendary status. Now well into his 70s, Don began his singing career in the church (you could have guessed that, couldn’t you?). When the devil’s music came calling he led a Memphis vocal group, the Four Canes before joining the Four Kings who were vocalists for a young trumpeter’s band. The young horn player was Willie Mitchell and when he realised that he only needed one voice out front, it was Don Bryant’s that he chose. As Papa Willie came to take control at Hi (as artist, then as a songwriter, then a producer and co-owner) he had Don record his own records as well as fronting the vocal tracks credited to “Willie Mitchell”. Serious soul collectors will know all about the scintillating Mitchell double A side, ‘That Driving Beat’/’Everything’s Gonna Be Alright’. The fiery, soul-fuelled vocal on both is Bryant. If that wasn’t enough for a place in the Southern Soul Hall of Fame, then also consider that Don wrote ‘I Can’t Stand The Rain’ for a young Hi artist, Ann Peebles. That was in 1973 and the following year Ann and Don married (they are still together, by the way). As family commitments beckoned Don put the brakes on his career but returned periodically – working more and more in the gospel arena and occasionally dueting with Mrs Bryant. Indeed it was partly Ann’s inspiration that took Don back into the studio to cut this new set of songs… the 10 tracker that is ‘Don’t Give Up On Love’.

Recorded at Memphis’ Electraphonic Studios, Don has called on plenty of old and reliable friends to help him deliver….Charles Hodges (organ), “Hubbie” Turner (keys), Howard Grimes (drums), Joe Restivo (guitar), Scott Bomar (bass)… Memphis veterans, one and all, while the brass parts are supplied by Marc Franklin and Art Edmaiston of the Greg Allman band. Between them, the team cook up a seriously tasty Memphis soul stew.

You can probably guess that the spirits of Hi and Papa Willie are never far away. Indeed much of the material references those classic old tunes. ‘Something About You’, for, instance, seems inspired by the aforementioned ‘Everything’s Gonna Be Alright’ while the opener, ‘A Nickel And A Nail’ is a faithful cover of O V Wright’s 1971 hit. ‘I Got To Know’ is even more old school. It’s a version of a song that Don wrote for the 5 Royales way, way back. Think a melange of Bobby Bland, a young James Brown and some biting BB King style guitar… yes, it’s that good.

However, it’s the ballads, here, that provide the real album highlights and pick of the bunch is Don’s take on his own song, ‘It Was Jealousy’ ( soul fans might know it via versions from Otis Clay and Ann Peebles). This is a defining statement of what proper soul music is all about, while the lead single, ‘How Do I Get There’ proves again the almighty bond that exists between gospel and soul.

The sleeve notes describe ‘Don’t Give Up On Love’ as “yesterday’s now music today…completely new but with an old soul.” You know, on reflection, that says more than my previous 500 words!